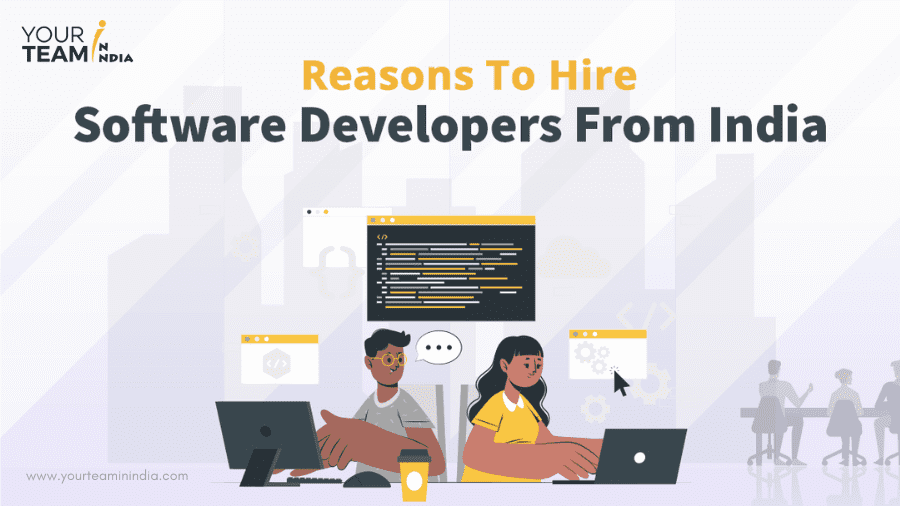 Summary– Learn the top 11 reasons why 80% of businesses in western countries, prioritize outsourcing to India.

In the past two decades, India has emerged as one of the best destinations for hiring software developers. Today, India is a hotbed for the world’s largest IT industry. Companies across the globe are constantly relying on skilled developers and other IT professionals from India to accomplish their software development projects. 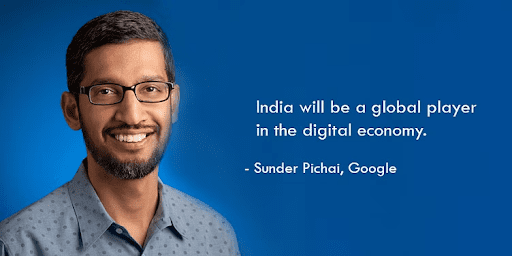 But what has made India one of the most popular destinations to hire software development team?

Here is the answer to that!

Top Reasons to Hire Indian Software Developers for IT Outsourcing

India has abundant talent in software development, and this talent is always searching for the right opportunities to get exposure. Hiring the right Indian developers improves the efficiency of business processes, eventually maximizing revenue with minimum investment.

Not to forget, 80% of European and US businesses prefer India as their first choice to outsource software development.

1. India offers one of the largest pools of tech-talent

Besides a large talent pool, India is blessed with umpteen IT professionals having a good grasp on their areas of specialization, making it the primary reason for numerous companies to hire developers in India. 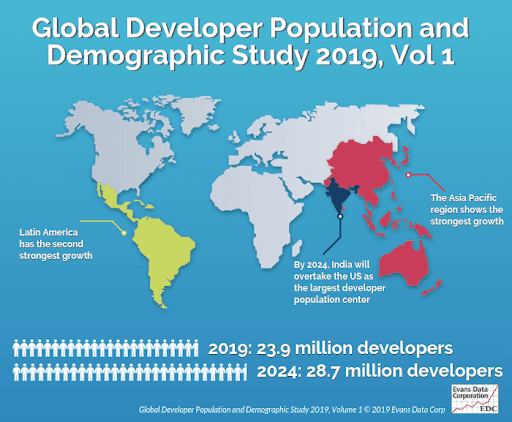 While the USA curates the top position again, India is right behind at the second position, known as a country with the most promising source of global innovation. Also, Indian programmers dwell with expertise in developing SaaS, Mobile applications, Artificial Intelligence, Data Analytics, and many more.

According to GILD, Indian coders are better at Math and Logic than American programmers when put to coding tests and rigorous exams.

India has a diverse pool of developers specialized in the latest technologies like:

India contributes approximately 10,000 qualified graduates pursuing their post-graduation in the USA, UK, and Canada every year, joining tech firms as coders and developers. Not to forget, leaders of Indian origin are leading globally-renowned tech firms like Twitter, Google, and Nokia.

3. Communication Is Not A Barrier With Indian Software Developers

Notably, India has curated its place as the “Second-largest English-speaking country globally.” Unlike countries like China and Ukraine, in India, English is part of the education curriculum from the very start and is taught as the first language. The availability of a skilled workforce with English-speaking ability has been a significant driving force for India’s success as a global outsourcing destination for software development.

Also, a recent study suggests that Indian software developers outscore US developers by 11% on logic analytical skills, and math and outshine US coders on advanced C++ programming.

As seen, Indian entrepreneurs and IT companies have opted for a global mindset where language is no more a barrier for Indian outsourcing developers.

Moreover, cultural differences are no longer a challenge as Indian software developers have worked with teams and clients in different geographies – Japanese, American, German, etc. This helps with cross-border teams where they understand and respect the differences.

And, as offshore software developers’ costs vary for different regions, you can still save approximately 40%-70% of the total cost. For example, the average hourly rate for a senior developer in the US varies from $65-$130/hr, whereas it’s around $25-$50 per hour in India.

By working with Indian software engineers, you have access to high-quality professionals for a reasonable cost compared to the prices you will have to pay in the west. Even hourly rates are still comparatively beneficial for companies from the US, UK, or Germany.

When your Indian development teams has completed the work for the day, your in-house team is starting their day. This gives them time to evaluate the work submitted by Indian software development companies, and share feedback and changes. By the time the Indian teams start their work the next day, they already have the work aligned for the day.

Flexibility is yet another reason companies hire Indian software development companies. They are more adaptive and open to flexible working hours than their counterparts in the US, UK, and other Western countries.

Even, it’s not uncommon for Indian software developers to have added skills to their expertise, like a developer would be having dev-ops certification and other technical skills as well.

What makes Indian software developers stand out in the market?

Indian software developers have solid-technical know-how and possess the right attitude to work to ensure that they innovate and provide something extra in the software development lifecycle.

According to HackerRank report, one-third of Indian software developers are exclusively self-taught, which shows their zeal to quickly learn and adapt to new technologies to stay on top of the competition. Furthermore, Indian developers are quick learners as they have worked with different teams and clients across the globe, creating an open mind and receptive mindset.

Indian developers have experience in working with global clients. This helps them imbibe the best practices and productivity tools which eventually help them learn the best way of doing things. To be precise, this has been one of the major contributing factors for setting a globalized culture among Indian developers.

Being accustomed to working for international clients, Indian developers are open to working at different time-zone to deliver the project. They don’t shy away from spending extra time to meet deliverables if need be. Indian developers are ready to spare some non-billable time on the client’s project, meeting the deadlines despite the challenges encountered in the development process.

The latest US labor statistics show the increasing gap between the work opportunities and the available software developers talent in the IT industry. The USA on average outsources 300000 jobs annually. 48% of UK startups are outsourcing their services due to a lack of resource availability. Other European nations too are facing a massive talent crunch across industries due to the aging IT population.

India on the other hand has a booming economy and a young population. Whereas India, on average, adds 200000 software graduates in a single year, 89% of which hold at least bachelor’s degrees in computer science or engineering. A good percentage of these graduates learn courses related to advanced coding, data security, cloud computing, and other skills. As predicted India most likely would take over US In the software industry By 2024.

So,  if you are looking to hire reliable offshore developers for your software development needs, reach out to us at [email protected]

Q: Why Indians are the best programmers?

Besides being highly talented and experienced in the IT outsourcing business, Indian programmers are empaths who go above and beyond in assisting their customers.

Read our blog Why are Indian Programmers Good to Hire for Programming?

Q: What are the top 3 qualities you think an ideal developer should have?

The top three qualities that an Ideal developer should have been

Q: Why do you hire a development company?

Hiring a development company can help businesses in:

Q: What do you think are the 3 qualities of a good software developer?

Q: Why should I hire a developer from India?

India offers a large pool of talented & experienced developers across technologies at a cost-efficient price, making it a preferable choice to hire a developer.