However, among so many programming languages, it’s not easy to decide which one to choose. Each and every language has its own set of characteristics and features.

So, without dragging you further into the confusion, let’s focus our attention towards Java web development; A language that is grabbing everyone’s attention since the last 20 years!

Developed by James Gosling of Sun Microsystems in 1995, Java has emerged as the foundation for most web applications today.

Java web development has managed to gain enormous popularity since it was first introduced. The quick ascension and worldwide acceptance’s credit should be given to its design and programming features.

If you choose java development, you can write a program once and then run it anywhere. Great, isn’t’ it?

Earlier, this powerful platform was chosen as the programming language for the network computers. But now, it is the universal front end for the enterprise database.

Deemed to be highly useful for enterprise software, web scripting, games, and mobile applications, the language is used by big names like Google, Facebook, and Amazon.

The Features of Java: 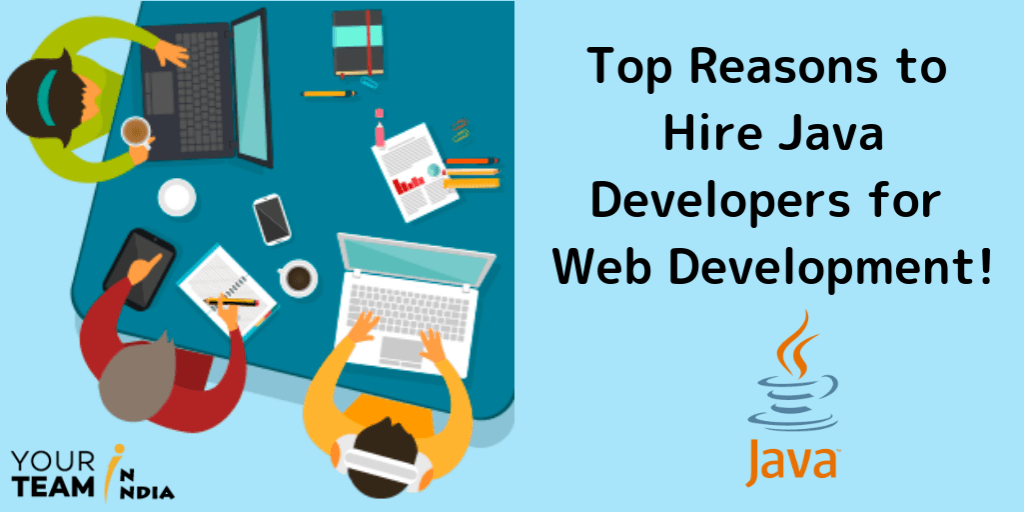 The major reason for Java’s popularity is that it is based on the object-oriented programming approach. Therefore, it becomes easy for Java developers to manage the OOP application keeping the system flexible, modular, and extensible.

Java has its own garbage collector. It means that the Java programmers need not worry about the dangling reference of objects while coding, nor do they have to think about deallocating memory.

Java’s beauty lies in its simplicity. In fact, this programming language has a fluent syntax and ease the job of interpreting & coding in comparison to other languages. Java developers only have to be acquainted with the skill of JDK installation, and they are ready to go.

IDEs are easily searchable, and their inclusion makes Java web development quicker and simpler. Based on extensive features offered by Netbeans, the development of the web application becomes easy.

Whether it’s mobile or web application development, outsourcing becomes a wise decision. And why not? Offshore development comes with a lot of benefits:

So, if you are planning to develop a web application, it would be a great idea to get in touch with an offshore development center in India.

What needs to be appreciated is the continued growth in the language by adding different frameworks, add-ons, and plugin tools. Moreover, it has helped the platform keep pace with the fast-moving technologies, and developers have become capable of satisfying the clients by giving exceptional performance.

So, the answer is; Yes, it’s worth investing to hire Java programmers for web development!