Being an entrepreneur isn’t a cakewalk job. It requires a lot of decision-making, sometimes about the things that you might not have expertise with. And that’s when you need some facts and opinions that can guide you for the decision-making.

Today, we are going to discuss one such scenario where most entrepreneurs feel perplexed while choosing a programming language for backend development.

Assuming you have a development project coming up, which programming language you will choose? Will you choose Java for Backend Development or Ruby on Rails or hire Python developers?

If you want to start a debate amongst the programmers, just say that one programming language is better than the other. Discussions will soon turn into arguments as everyone has a different perspective.

As every programming language is different, you should only prefer the one that will continue to exist for a prolonged period. Everything depends on the language characteristics, local ecosystem, and problem domain.

But if you are not new to the programming world, you will probably know that Java web development is on the top.

Want to build your team of backed developers in India? Get in touch with us & hire remote developers quickly at affordable prices.

As a matter of fact, a lot of industry leaders use Java; LinkedIn, Google, Netflix, eBay, Amazon, NASA, Intel are just a few names on that list.

Ideally, it’s not preferable to make a comparison of the programming languages as all of them inherit unique features. You can check here How to choose the Best Technology stack for your startup. Therefore, in this post we are only going to focus on one single point;

Why Choose Java for Backend Development?

Java holds the top position according to TIOBE Index 2019 to be the best programming language in the world. For more than two decades, Java has managed to sustain itself in the development industry.

1. The Programming Language for the Enterprise

Initially, it was an elixir in the development world, but there came a time when programmers thought it would become replaceable. But the impeccable features that the language holds made it stay forever.

If you are a developer yourself, you must know the potential of Java. Although, there are a few lighter and easier languages in comparison to Java, but till date, Java is a relevant solution for various enterprise applications.

Believe it or not, it has been 24 years since Java was first created. From the beginning, the language has evolved and adapted to suit the latest market trends.

It has even increased the demand of offshore developers from India. Simply because, nowadays, the offshore Software development trend is taking over the software industry.

Furthermore, with the addition of ample features to every release, companies are becoming more interested in using Java not only for backend development but also for enterprise applications.

The Java compiler is specifically designed for performance. The code is compiled into byte code and then compiled by the Java compiler. Before converting into machine-level code, the code runs through Java Virtual Machine.

Whether it is a Windows, Android, or iOS smartphone, Java-based apps are everywhere. We have now switched to Swift for iOS and Kotlin backend for Android apps, but professional developers having a strong Java base can quickly master these languages.

As a matter of fact, these programming languages are more improved versions of Java having a lot of similarities at the core. To make a mark in the Andoird app industry, Java is the key to success.

Safety characteristics are built in Java and the runtime system. There are runtime checking and static type checking at the compile time. Having such features, it becomes challenging to invade a Java-based application from outside.

We all know the importance of data security. Therefore, to build mobile apps that are both secure and robust, companies prefer to hire Android app developers with hands-on expertise with Java. 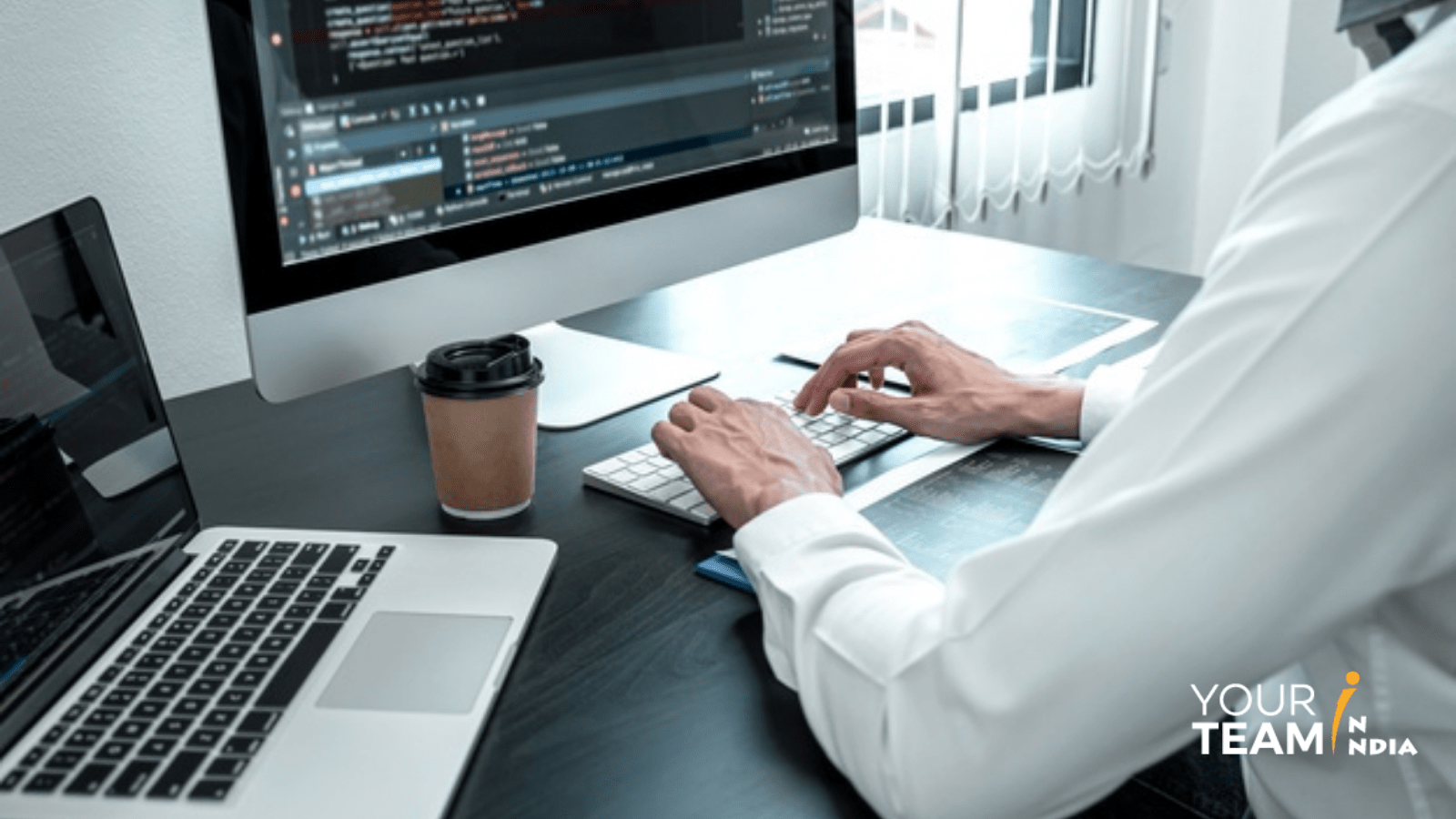 The coding ease defines how simple a programming language is. This holds true for Java as well. Because it has a less ambiguous syntax terminology. Anyone can start right off with Java having the fundamental principles of programming.

Being an Object Oriented Programming Language, it has various concepts that are relatable. Java has become a more accessible language that is flexible, system modular, and extensible.

Java supports principles like Data Abstraction, Polymorphism, Encapsulation, Overloading, and Inheritance. According to the backend web developers, this makes the language as powerful as C++.

C & C++ are a very long-tenured programming language that are the ancestors of Java & Python. Java resembles C & C++ but doesn’t have characters like pointers and multiple inheritances. Therefore, coders with an understanding of C and C++ can grab Java easily & quickly.

As soon as we read this term, Flutter pops up in our heads. Simply because it is a cross-platform framework for mobile app and that gives strong competition to the native apps. So, it’s quite easy to understand the fact why companies hire Flutter developers aggressively.

But when it comes to building scalable web apps with cross-platform functionality, Java is at the top. Taking a tour back to the ’90s “that is the birth of Java”, what Flutter is doing nowadays, Java started it back during its first version.

The tagline “write once and run anywhere” started grabbing lots of attention. And this feature still entices businesses that are low on budget. Because most of the Java apps are developed in the Windows environment and run in the UNIX platform.

Robustness equals reliability, and no other language except Java assures this. In fact, it is the most highly supported programming language that is robust & scalable. Additionally, automatic memory management and garbage collection features make it portable across many platforms. 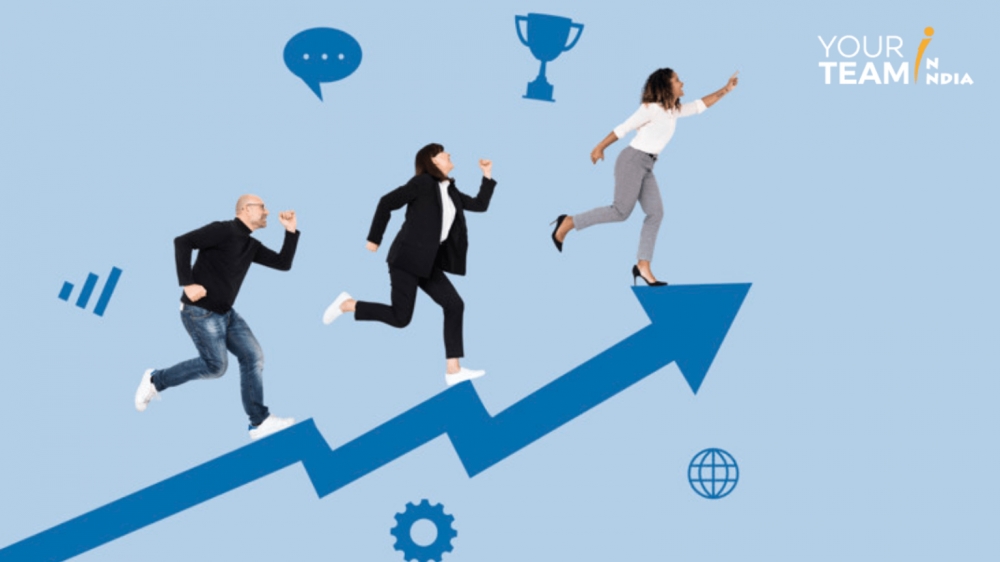 Yes, this programming language is omnipresent. On the desktop systems, smartphones, web, embedded systems, or wherever you can think of. Having efficient stability and scalability, Java has become a universal programming language. For this reason, Java is gradually gaining a big name in the realm of the Internet of Things.

Java holds multithreading capabilities. This means that you can develop highly interactive and responsive apps with the help of a number of concurrent threads of activities. Making it simpler, there is the concurrent execution of two or more parts of a program for maximum utilization of the CPU.

Want to use Java for your next project? Hire Java Developers & get started now!

Java API offers everything that a successful program needs to know whether it is input/output handling, networking, utilities, query handling, database connection, XML parsing, data and time handling, or anything else as per requirement.

Do you know there are approximately ten thousand Java open-source libraries? Yes, that’s true. Apache Commons, Spring MVC, Hibernate are some of them. This is another reason why it is preferred for backend programming.

The cost of the development tools has an impact on the programming language’s popularity. If the tools are free to use, the expert engineers will willingly utilize them.

Since Java is an open-source language and free for all, almost all development tools are available for free download. This makes developers enthusiastically code in Integrated Development Environment especially if they are coding in DOS or notepad.

Eclipse and NetBeans are two powerful development tools. They have plenty of useful features to make development faster like code completion, code debugging, formatting, refactoring, test server deployment, code management, and the list is long. It is quite simple to search, debug, refactor, read, and write code in IDEs.

Other than that, Java also offers tools like JConsole, Visual VM for profiling, and decompilers.

For the survival of any programming language, the developer’s community is important. The bigger the community, the more support the developers are likely to get and they will be using Java Development Backend tools and libraries to make the programming/development easy and fast.

You will be surprised to know that Java has 2nd largest StackOverflow community. There are innumerable backend developers, front-end developers, and Android App developers.

Also, Java has the 4th largest Meetup community with 1,400 Java Meetup groups completing over 580,000 members across the globe. This is not all, Java is the 2nd most-tagged language at Github that has over 1.5 million Java projects and 1100 have been starred by more than 500 individuals.

In programming parlance, memory is divided into stack and heap. Java can allocate stack memory per thread and heap stores the actual objects. Heap memory is one in each JVM. The sizes of stack and heap depend on the JVM.

There are a few prominent tools and frameworks in the Java ecosystem like:

Maven: The enterprise build tool can manage the software. Maven gives a standardized approach to create, test, package, and deploy the code. This also allows for documenting the project well.

Spring Framework: The intention of development is simply enterprise Java development. With more than a million users, it is prominent in the Java server framework space. There are several useful modules and have an open-source framework. And the examples are Spring Security and Spring Integration.

Java is Here to Stay!

The most volatile field nowadays is software development as there is a new programming language developed every other day. Java is certainly a magic potion that can take an enterprise to another level.

This age-old language is here to stay forever. The long commercial life and wide Java adoption by the developers for backend development have built a robust ecosystem of libraries, documentation, and frameworks aiming at e-commerce, security, and transactional architecture.

Considering that you have already made your decision to choose Java for your next project. Do you have a team of java programmers in place? No? Planning to build a team in an offshore location?

Get in touch with us & set up your offshore development center of Java developers.