Renaming of N-API to Node-API: What Changes to Expect for your Next Project? 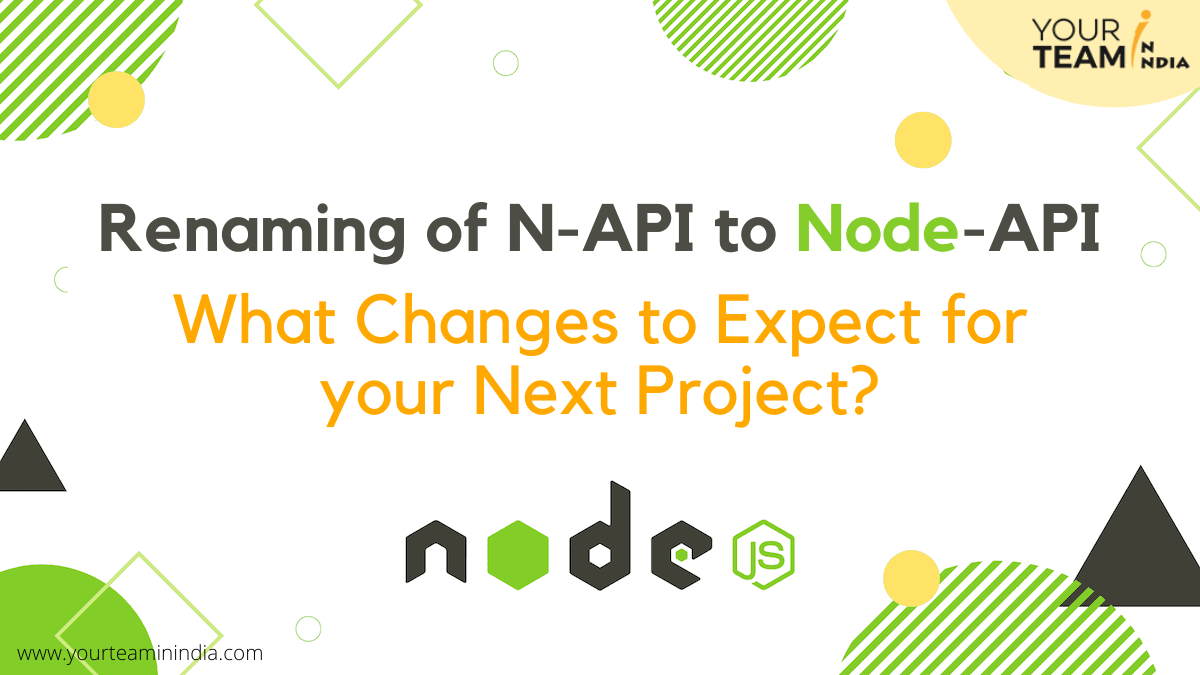 This blog post will explain the real reason behind renaming the N-API to Node-API was. We all might have seen the change from N-API to Node-API in the documentation within the Node.js project. Earlier pronounced as NAPI, N-API has always supported Node-API. However, many raised the concern about how it is pronounced. It was taken more like a derogatory term, due to which the change in the name was thought of. Hence, N-API is Node-API without really breaking the changes.

Let’s start with What’s Not Changing

Now, What Has Really Changed?

Now, let’s see what is changing in the more recent versions!

Hence, the change in the name was intended to avoid the concern of pronouncing it as a derogatory name and change it so something better. Also, the motive to change the name aimed at limiting the impact to users of Node-API. Besides, if you think you have any queries regarding this, you can always refer to this reliable source called Github right here.

The renaming from N-API to Node-API seems to be better due to the pronunciation of the existing name. This name change has happened but without majorly impacting or breaking what we already had. These are just a few yet critical changes that one must know before using Node.js. We hope you will follow through with these changes and will be able to utilize them in the best way possible for all your upcoming projects.

At Your Team In India, we have a pool of certified Node.js engineers. Need help setting up a dedicated team of developers in India? Connect with us our business head now and get a free consultation.