A Guide on Offshore Software Development Rates by Country 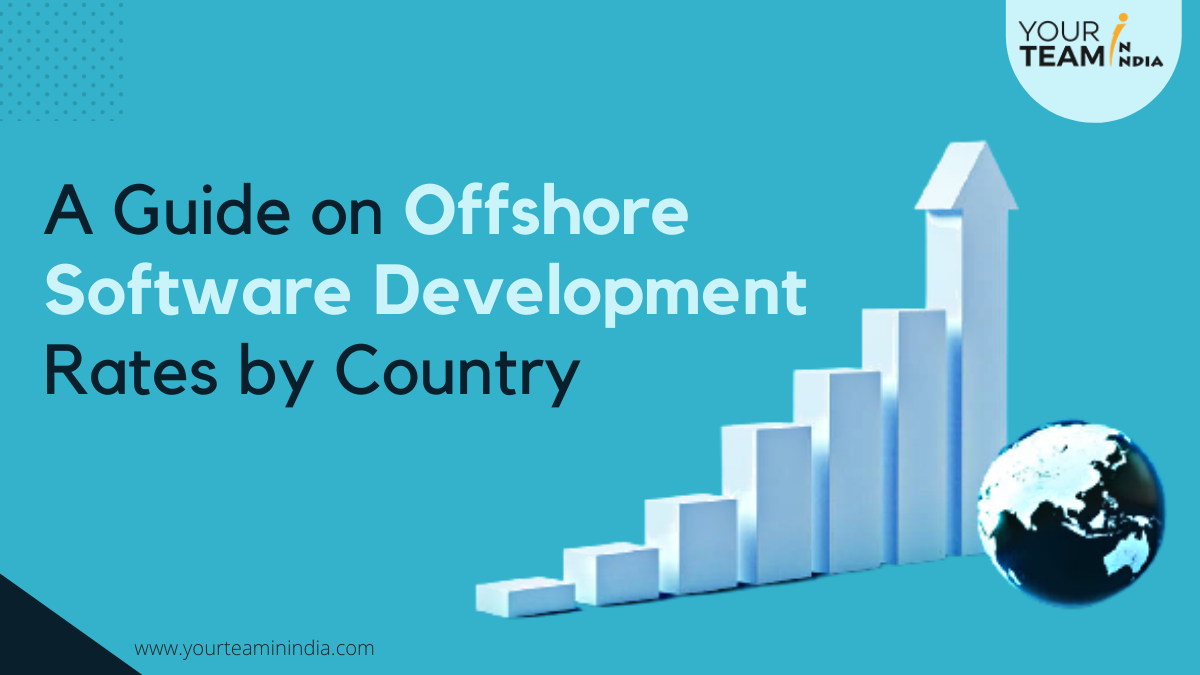 Offshore software development has grown in popularity in recent years. It is a feasible option to save money and access people belonging to a variety of backgrounds. If you decide to take this route, you have several options, including hiring offshore developers through a freelancing platform or collaborating with a virtual team partner. The latter is usually the most practical method of dealing with offshore software development.

How much does it cost to hire offshore developers? This is a popular question. Offshoring development rates are often determined by a number of factors, with the geographic location being the most important.

We look at software development rates in the most popular outsourcing destinations in this blog, so you can make an informed decision when choosing an offshoring development location.

With the rapid rise of Eastern and Central Europe, India, and Southeast Asia as regional hubs where even the most specialized tech challenges can be tackled remotely, picking the proper offshore software development business is critical to a successful product launch. When it comes to making a final decision, the price is the most important element. However, there are a number of other factors to consider when choosing an offshore development business, including:

You’ll also want a committed staff with whom you can communicate at any point during the development process, regardless of language difficulties.

Other expenses, such as travel, testing, office space, and taxes, may be required depending on the contract. Some contracts may include a project manager who will ensure that your team completes tasks on time and be in charge of smooth communication between you and your remote programming staff. This is especially useful if you’re working in a time zone that’s radically different from your own.

It will cost you roughly $19–$40 per hour to hire offshore developers in India. For large firms and international corporations, India is a favored outsourcing location. The cost of hiring Indian developers, like any other outsourcing destination, would vary based on the amount of skill you require.

Argentina is a popular outsourcing location due to its short time difference with US clients and high average hourly pay of $35 to $50. Junior software engineers might expect to be paid as little as $13 per hour, while experienced programmers can expect to be paid between $42 and $50 per hour.

China, like India, is one of the most cost-effective places to outsource software development. While the typical hourly pay is $19–$38, junior developers can be hired for as little as $12 per hour, while senior developers may demand up to $40 per hour.

Egypt, Nigeria, and Tunisia are developing African powerhouses in terms of software talent. Furthermore, Egypt’s tech talent market offers software engineering services at reasonable prices. The typical hourly pay is between $25 and $45. Junior developers can be hired for $18 per hour or more, whereas senior developers can be employed for $33–$50 per hour.

In Africa, South Africa has the highest offshore IT rates. The typical hourly pay is between $25 and $45. Outsourcing to South Africa will cost you anywhere from $21 to $52 per hour for a junior developer to a senior specialist.

Why Is India A Top Outsourcing Country?

India has made a great impression as one of the world’s most popular outsourcing locations. Let’s look at why you should engage Indian offshore developers:

You might believe that in the United Places, states like California charge high fees for software development. Even so, the average cost of software development in other states isn’t lower. A skilled software engineer can earn roughly $123,040 per year, or $60 per hour or more. In other situations, if it’s a large-scale project that necessitates the use of a software team with substantial experience, the total cost can exceed $200 per hour. Individual developers’ skills and programming languages are also worth the money.

In Canada, the price range is comparable to, and sometimes considerably exceeds, that of the United States.

Australia has a modest geographical disadvantage in comparison to its Asian neighbors, which prevents it from working with nearby labor markets. Thankfully, contemporary digital technology allows the country to work from anywhere.

Software engineers, web developers, QA engineers, and other programmers are in short supply, according to Australia’s 2017-2018 Skilled Occupation List. So, it appears that the local specialists’ fees are excessive; the lowest hourly rate is $100, and the maximum is over $180.

What factors influence the rate of software development?

Although IT outsourcing is becoming more common, the relationship between rate and location is still a mystery to corporate leaders. Following are some characteristics that have a substantial impact on outsourcing rates, based on our extensive expertise in the IT industry:

To put it another way, the hourly rate of a developer is determined by all of the aforementioned elements, their experience, current market trends, and the level of demand.

As you can see, the development expenses for different ODC hubs vary significantly. Fortunately, the level of knowledge and quality of offshore development services remains steady. You can choose the location for your offshore center setup depending on the development cost structure that works best for you if you want to save money. But keep in mind that cost-effectiveness isn’t the only consideration.

With this knowledge, IT firms can consider ODC as a provider of both economical and high-quality development solutions, or they can remain with traditional outsourcing or even just hire freelance software engineers; the choice is yours.