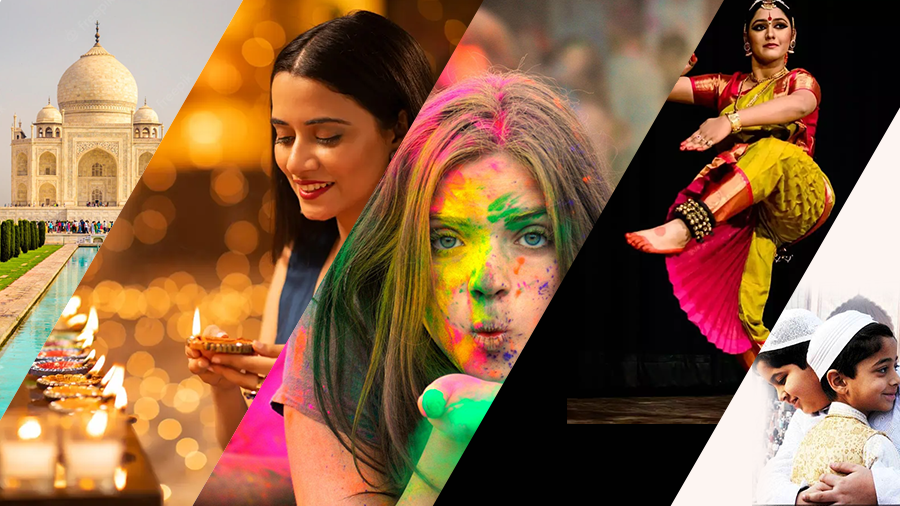 Being home to 1.38 billion people, India accommodates interesting cultural diversity between languages, religious traditions, geographical regions, ethnicity, and festivals. Indian culture is, therefore, the Indian way of life. Because of the population diversity, there is immense diversity in Indian culture. It is an amalgamation of various cultures belonging to different religions that follow their own cultures and traditions.

Indian culture is among the oldest cultures in the world. India had an urban civilization even during the Bronze era. The Indus Valley Civilization, popularly known as Harappan Civilization, dates back to 3300 BC – 1300 BC.

Let us know in detail about Indian culture and its importance. Explore the traditions, languages, cuisines, festivals, ethnicity, heritage, and more.

The northern part of the country homes the largest mountain range in the world, the Himalayas. The Himalayas are a source of major Indian rivers like Ganga, Yamuna, and Indus in the northern region and the Godavari in the central and southeast regions. They provide irrigation for farmlands, a method of transportation, and are considered holy by Hindu followers. 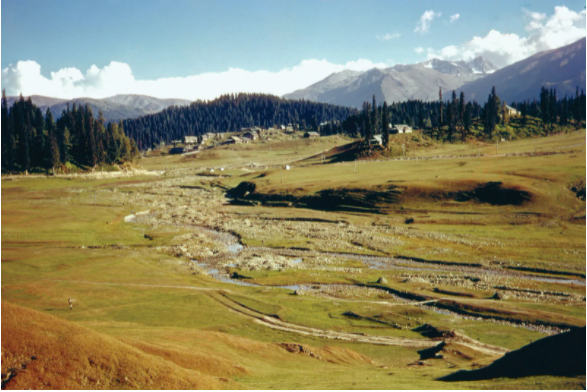 The country’s western region boasts the vastness and magnificence of the Thar Desert. In contrast, the Southern region has the Indian Ocean, Bay of Bengal, Arabian Sea, tropical jungles, coastal plains, and beaches to add to its charm.

Notably, metropolitan cities like Delhi, Mumbai, Chennai, and Kolkata include a melting pot of rapid economic development and technological advancement, clearly portraying India’s rise as an economic and political powerhouse on the global stage. Besides, such big metropolitan cities stand in contrast to smaller towns and villages, each containing distinctive micro societies.  Indeed, it’s common to find people having regional pride and identity towards their place of origin. 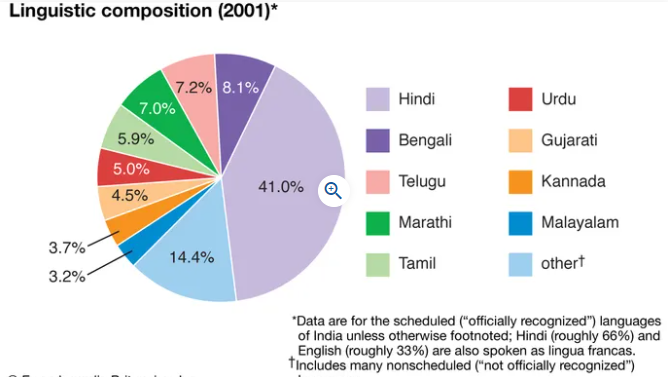 Based on the Devanagari script, Hindi is recognized as the official language of the Indian Union by Constitution, followed by Telugu spoken by 60 million people in India and English, curating its place as a subsidiary language for commercial and government purposes. That’s why it’s said that India has a spectacle of the museum of tongues.

Because of India’s linguistic diversity, India is popularly known as the third largest English language publisher in the world and the world’s seventh-largest book publishing country worldwide (when all languages are counted), with more than 16,000 publishers.  More than 80,000 new titles in 24 different languages are published in India every year.

The preamble to the Constitution of India declares India as a secular country where people have the right to follow any religion of their choice. India is one of the religious countries with a large and active population of Hindus (80.45%), Muslims (13.43%), Christain (2.34%), Sikhs (1.86%), and others (2%).

Although India is a land of myriad religions, 80% of the Indian population follows Hinduism. Other religions to which the people belong are Christianity, Buddhism, Jainism, and Zoroastrianism. 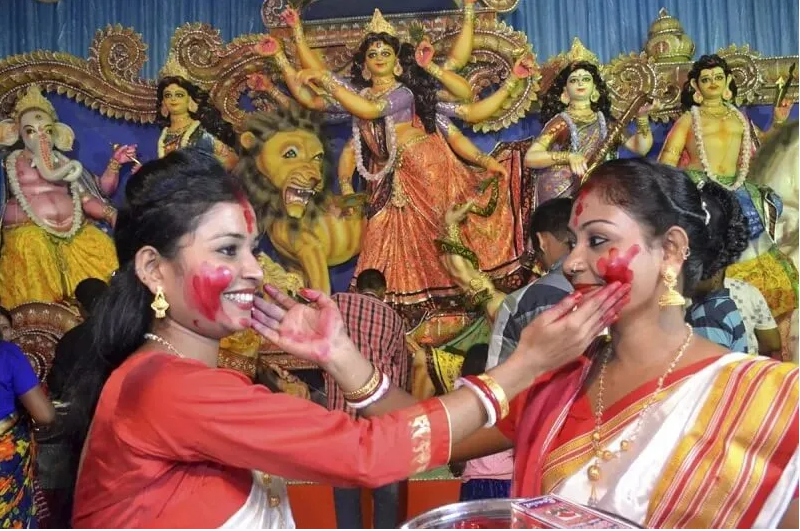 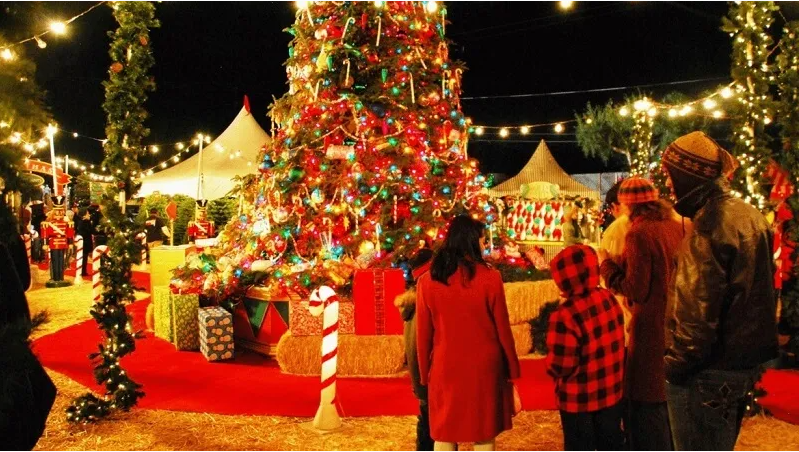 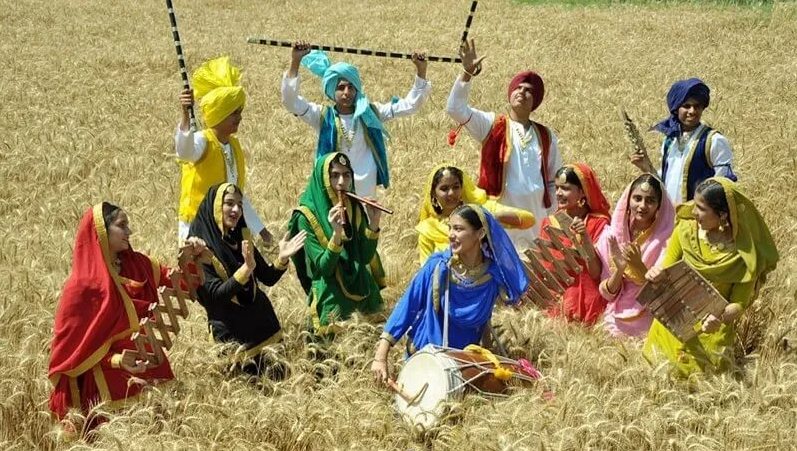 Hindus and Muslims can be traced in almost all parts of India, which makes Islam the second most followed religion in India, Influencing the country’s architecture, culture, artistry, and society. For example, the mystical strain of Islam (Sufism) is also popular, with people gathering to watch Sufi dance events. Most Muslims are Sunni, but there are also influential Shi’ite minorities in Gujarat. Most Sunnis reside in Jammu and Kashmir, Uttar Pradesh, West Bengal, Kerala, and other major cities.

Sikhs are largely concentrated in Punjab, a part of the Northern region, followed by Buddhists in Maharashtra. At the same time, the Southern states of Kerala, Tamil Nadu, and Meghalaya have the majority of the population as Christain.

India is a diverse multiethnic country, home to thousands of small ethnic and tribal groups. Cuisine and handicrafts vary greatly from different religions to languages, clothing, music, and dance. 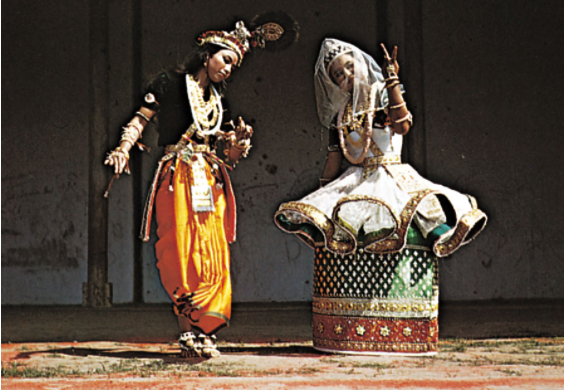 Also, the diverse form of Indian culture is reflected in Indian music. There are different forms of music like the folk music of every specific region and religion, ghazal, Shayari, and many more. 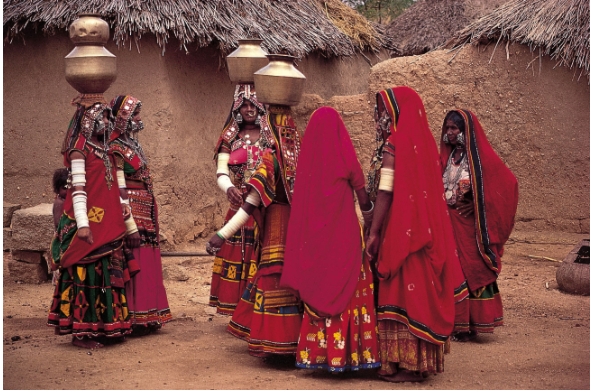 The ethnic wear for men includes dhoti, kurta, salwar-kameez, turban, and more.  Dhoti is also known as Dhuti or Laacha. Kurta is also one of the famous ethnic wear of men in India.

Throughout India, however, Western dresses are in vogue. Still, the saree is the most gorgeous and elegant apparel for women to be worn at formal events, traditional functions, and religious ceremonies. Whereas men likely wear tailored clothes, including trousers, shirts, vests, and jackets, as formal wear.

From spicy food to southern curries flavored with Kokum, Indian culinary culture is diverse and distinctive. In taste and preparation, Indian foods are very different from the rest of the world.

Indian food presents a perfect blend of tradition, culture, and love. It’s evolving for ages, and that’s why there are different forms of Indian food.

There are myriad festivals celebrated in India. Every religion, region, caste, and culture has its own festivals and occasions to celebrate.

The varied and numerous festivals celebrated throughout the year provide a distinctive way of witnessing Indian culture. Here are the top festivals of India. 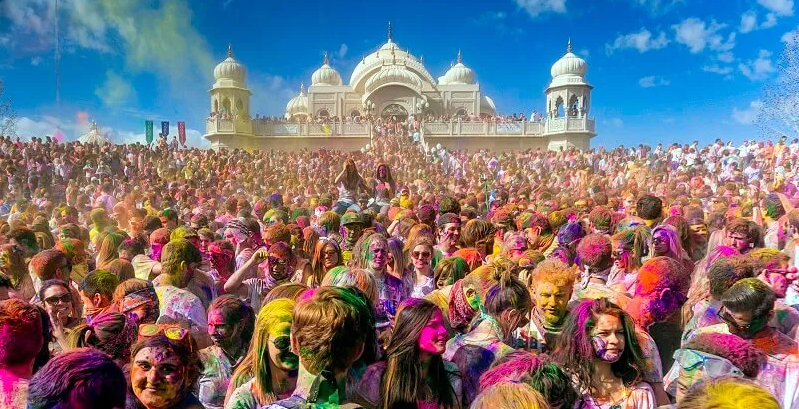 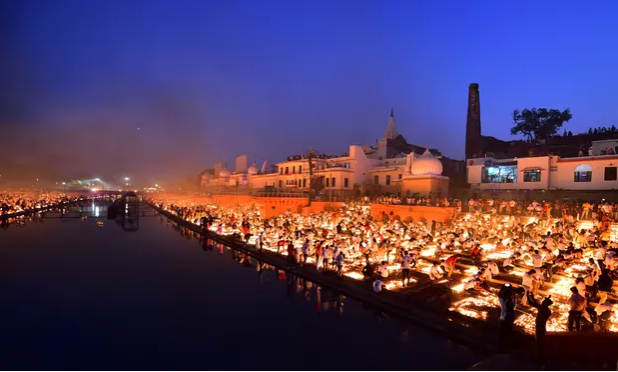 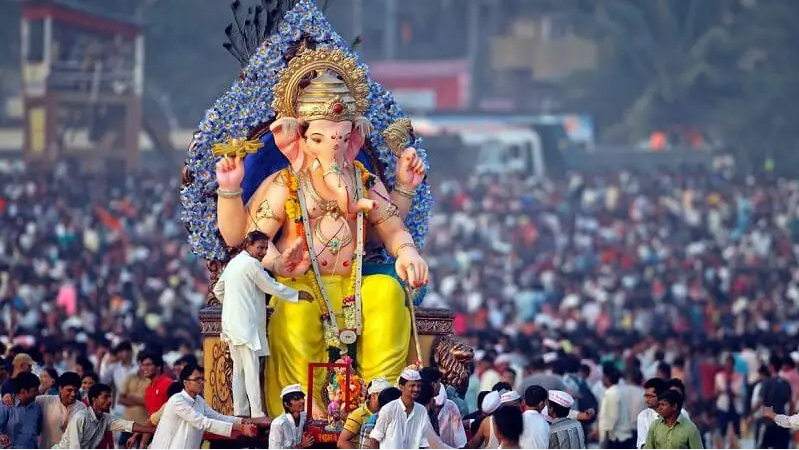 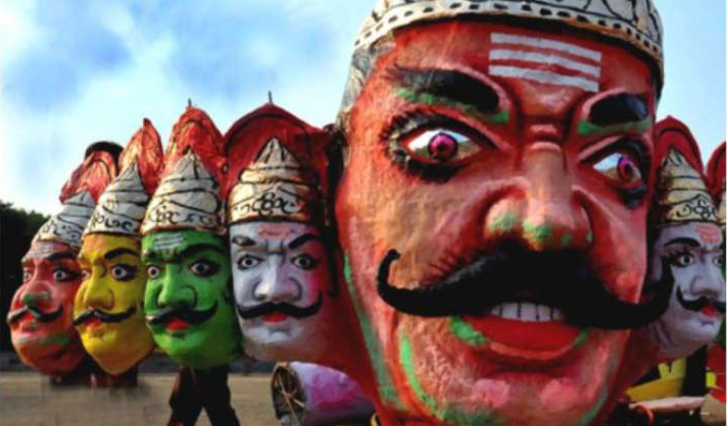 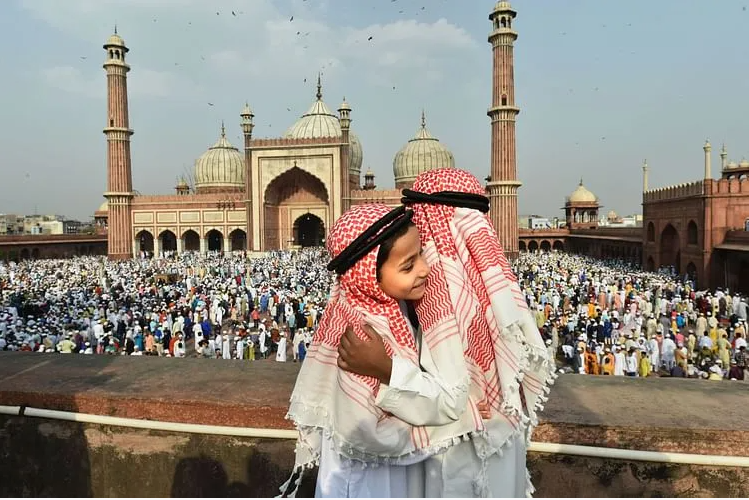 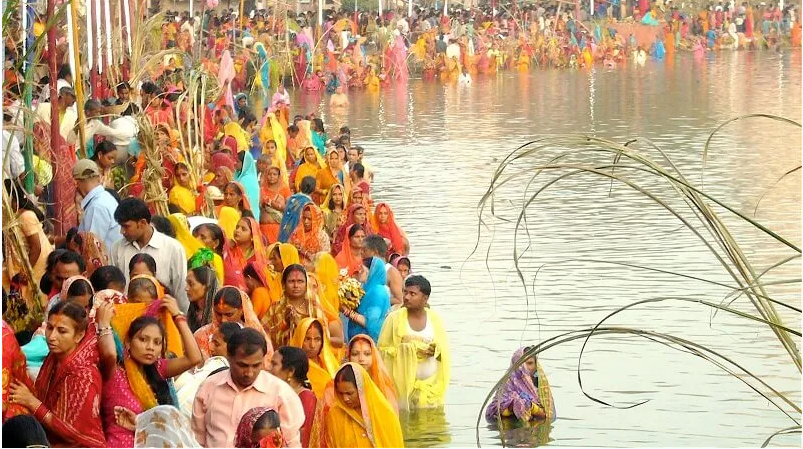 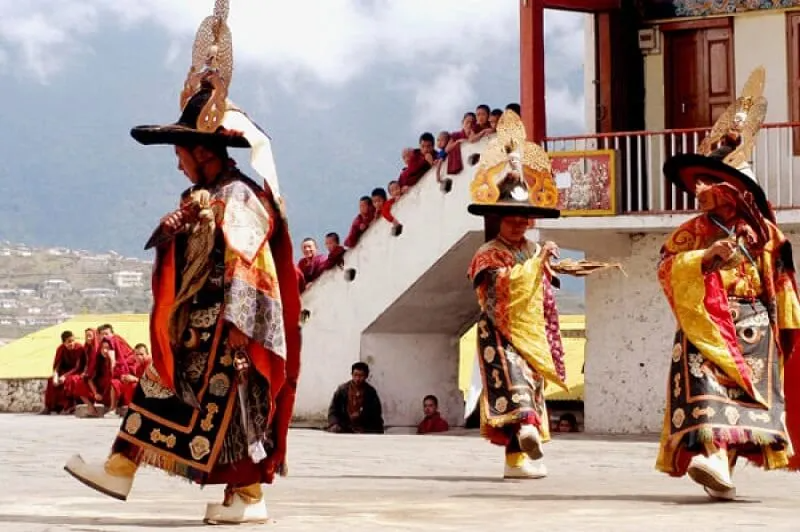 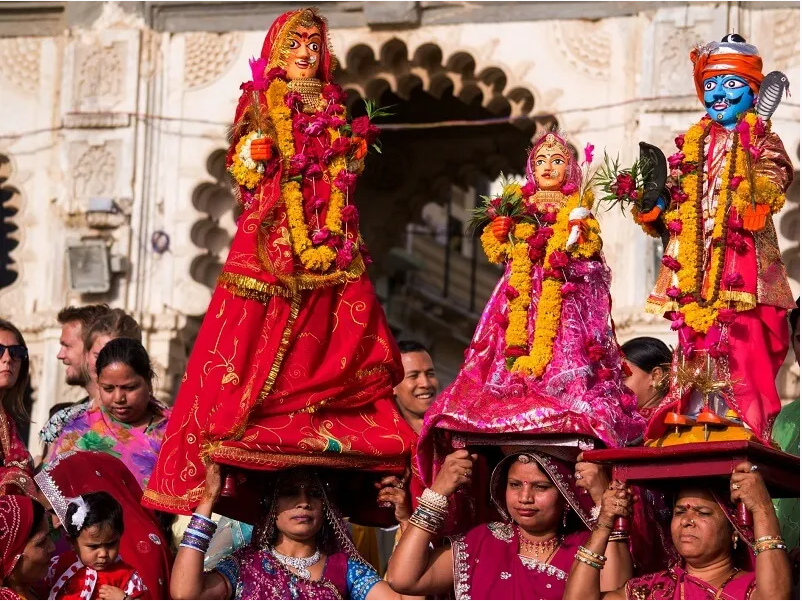 Debunked! The Myths About India

India is the second-largest English-speaking nation behind the United States.  Out of 22 major languages spoken in India, English is one of the official languages of India. Also, according to the Oxford dictionary, “Indian English” is one of the pure forms of English. In fact, English continues to be the premier language in the Indian education system, and the younger generation is quite fluent in it.

# Myth 2: India is a country for Hindus

Even, the term Hindustan was coined by Arabs. The preamble to the Constitution of India declares India as a secular country with people having the right to follow any religion. So, it’s fair to say people from different religions live here.

In India, the concept of family extends beyond the typical nuclear unit to encompass the wider family circle. These big multigenerational families are essential to provide economic security to an individual. Besides, living in a family imbibes traditions and practices regarding etiquettes, like:

Traditionally, the Indian family follows a patriarchal ideology, endorsing traditional gender role preferences, and abstains from the ‘joint family’ structure, where three or four generations, including aunts, uncles, nieces, nephews, and grandparents all live together. This is the preferred family type in Indian culture, and the family will support each other.

Due to Western influence in the country, younger generations are increasingly turning away from the joint family form and inching to nuclear family structure, where mother, father, and child live together. However, frequent visits are still encouraged, and because of this, families are still seen to be as close as under the traditional joint family structure.

Due to an increasing number of nuclear families (which is what an ex-pat family would be considered as), this new structure is beginning to be preferred as a way of family life in modern Indian culture.

India is socially, culturally, and linguistically very diverse. There exist thousands of traditions and cultures in India, among which few of them would leave outsiders wondering with a curious head. But the crux of Indian society and culture has always been to be well-mannered, respect others, be polite and progress together. And for this very reason, Indian make the best IT remote teams, as living in a nation with such vast cultural diversity makes them more empathetic and receptive to their customers’ needs.

Amit Dua is the Co-Founder of Signity Solutions and Your Team In India. A tech-evangelist, he has an uncanny ability to synergize and build associations, thriving teams, and reputable clients. He has 17+ years of experience in technologies such as Big Data, AI, Business Automation and more.