Undoubtedly, the mobile app development industry is booming. With the introduction to new technologies every other day, it’s becoming difficult to choose one.

You must have heard about Flutter development. It’s one of the most effective solutions for app development.

Having the cross-platform ability & intuitive UI, this framework is becoming popular among development companies around the globe.

Development of Flutter Before it was Ready to Use?

Google Engineers Have Worked On:

The Flutter community has grown tremendously and all the credit goes to the libraries and packages. You will find the packages for opening images, making HTTP requests, sharing content, storing preferences, implementing Firebase and more.

Spot on Features to Consider:

Here are eight reasons to consider as you invest in Flutter development: 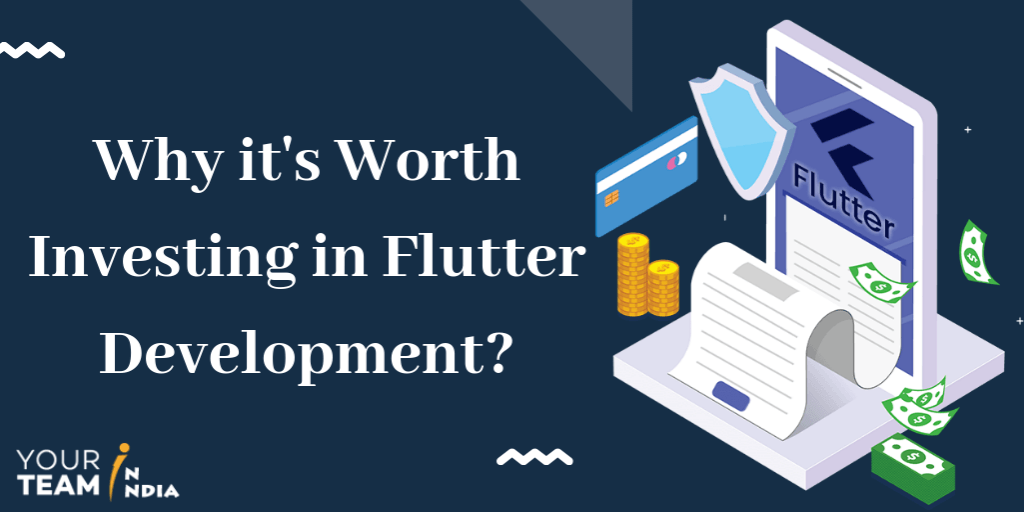 Developing a cross-platform language has always been the objective of mobile app developers. However, the reality is that the user experience of cross-platform apps typically lags behind native apps.

It’s all because developers have to create UI experience in JavaScript.

Flutter gives the advantage of ‘write code once’ & create high-performance apps, ‘native experience.’ This technology is ahead of time compiled & machine binary executable.

Besides cross-platform development, Flutter can give you a development start for the Fuchsia platform. Fuchsia is an experimental operating system which is being considered as a replacement for Android.

If you are short of time & money and want to launch both Android & iOS applications, Flutter development is the best decision. Using this approach you can develop an application for both platforms with core features & collect feedback from your customers.

The increase in productivity comes from Flutter’s hot reload. The feature allows the flutter mobile app developers to see the changes made in less than one second and the change in app structure in less than ten seconds. You can see the modifications as soon as you make them.

Isn’t that a great feature?

4. Front-End and Backend with One Code:

Dart has been beautifully built having the best of the features of other languages without losing the familiarity of Java. Also, it was built keeping the app developers in mind, and it has made a lot of common tasks easier.

Because of the careful implementation of material design specification, it is good to create powerful UI experience out of the box. It produces the smooth, seamless experience that you see with native apps.

In fact, Flutter has inbuilt widgets that implement Human Interface Design specifications for iOS, giving you the native feel on the iPhone and iPad.

The set of open source packages helps in developing the app at a faster pace, and there are a lot of packages available that makes a lot of tasks easier. The package library continues to grow by leaps and bounds, and the credit goes to the experienced Flutter developers that are continuously contributing to the community.

If you choose Flutter Development,  you will have the option of choosing from a number of Integrated Development Environment. Initially, you can start with Android Studio and then shift to Visual Code. VS Code has the property of being light and fast.

Widgets are necessary for the app’s view and its interface. They should have a natural look and feel regardless of the screen size. They should be fast, extensible, and customizable.

Flutter has got it all. It has a rich set of widgets and extensive capabilities that create complex custom widgets. Moreover, widgets in Flutter are not only used for views but for the entire screen and for the app itself.

Get Started with Flutter!

If you like the features of Flutter, you should hire Flutter developers to get a unified experience while reducing time, the effort also mitigating the risk of errors.