The technology is developing at an unprecedented rate and businesses are nowhere behind in reaping out its benefits. Developers, who play a major role in enhancing the technical front of an organization are being hired in a huge number. Moreover, the recent surge in the remote revolution has opened new avenues for the digital population, majorly consisting of the younger generation. These millennials believe in flexible working hours. In fact, a robust 68% of the younger population look forward to employers willing to hire a remote workforce. Hence, organizations are going a step ahead and hiring a remote workforce for acquiring an edge over the competition.

According to Statista, the Information Technology (IT) services spending forecast worldwide increases from 2008 to 2020. The spending is expected to rise to a whopping $1,034 billion.

A survey done by Elance shows that 54% of organizations are expecting their workforce to work remotely by 2017. Consequently, organizations are looking to hire remote developers from India, a major hub of the remote workforce across the globe. Indian remote developers are much in demand and are being outsourced by various organizations across the world. Wondering what’s the reason? Well, they are not only competent, hardworking and far-sighted but, are also reasonably affordable. Isn’t this what you want your remote workforce to be? However, there are certain criteria and rules that you must keep in mind while hiring remote developers from India. Let’s have a look at it.

Have a deep insight of the developers you hire: Make sure to hire remote developers who are competent to complete your work seamlessly. India might be an affordable outsourcing hub, however, do not compromise with quality because of budget constraints. It’s often seen that employers impulsively select the one who bids the lowest. This at times leads to compromise in quality as they might be shuffling between multiple projects simultaneously. Your work might not be their priority. Remember, hiring the best of remote developers is not an expenditure but, an investment. So, hire remote developers that might have competitive rates but, are talented and competitive, who are willing to take your organization a notch higher.

Understand the cultural differences: It is critical to understand the cultural differences while you hire remote developers from India. Indians literally worship their work. Hence, if you respect their work culture, you will be able to retain their top-notch talent for a long time. In addition, being flexible with time-frames, allowing them to incorporate their creative inputs and providing them leaves according to Indian holidays is also a great way of extracting the best out of their productivity.

Make communication a priority: Seamless communication is imperative in reaching out and conveying your requirements to the remote developers. Make sure your remote developers remain connected to you conveniently through regular chats, video calls where you can conduct virtual meetings, prioritize your work and motivate them to be productive.

Be sure they use good management tools and provide clear reporting: The remote developers you hire must have impeccable infrastructure comprising of good management tools. It doesn’t only enhance their productivity but, allows them to be precise and clear about their work pattern and reporting. A well-built and intuitive internet connection, robust network, 24/7 electricity availability and access to tools like Google Docs and Drafts not only triggers their productivity but, also saves your time along with maximizing your benefit.

Explain your objectives and reason to scale: Providing a clear picture of your objectives, expectations, and scalability to your remote developers is vital for the smooth achievement of the goals. Avoid ambiguity and give them clear directions and an innate process to follow. If the developers get a to-the-point and precise understanding of your vision, they will work extensively towards delivering the best of their work.

Be careful with payments and legal procedures: The outsourcing policies in India are very friendly and convenient. However, make sure you have thorough knowledge about its IT policies and taxation procedures to facilitate seamless work with your developers. Moreover, since the work is solely dependent on the internet and technology, you must get acquainted with its cyber security policies to save yourself from any kind of payment frauds, data theft, or hacking.

Grow your business while saving time:

Get access to international talent pool beyond the geographical locations:

Hiring remote developers lets you choose from an international pool of programmers. India has a huge number of engineers who are adept with the latest technological skills. Once international talent doors are opened, the company’s growth is assured. You can choose and hire the best developers at cost-effective rates. 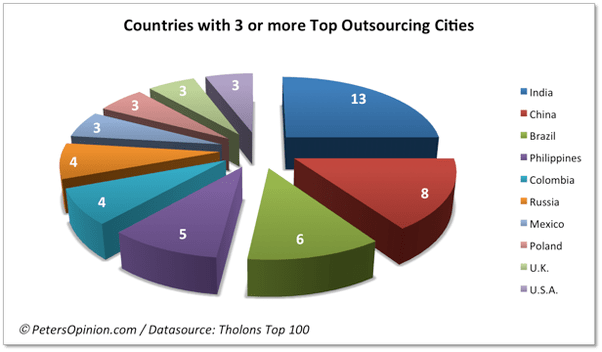 Language compatibility is one point of concern while hiring coders from an offshore software development company. As a nation, India puts significant emphasis on education and the country is the world’s second largest English speaking country in the world just behind the United States. So, when you hire developers from India, they are not just technical experts but also fluent in English. As a result of this, they communicate clearly and efficiently.

Culture and attitude is geared towards success

Having 1.5 million engineers every year, finding cream developers is a challenging task. Well, it doesn’t have to be if you are collaborating with a reliable firm in India. Get dedicated developers who will contribute incredible results. The never give up attitude and focus on creative thinking is ingrained in the culture of India. The developers personally invest in the project and start brainstorming ideas to drive innovation.

India is a country which is having one of the fastest growing economies in the world. In the next 10-15 years, it will have world’s 3rd economic power, just after US & China. The Indian market is growing leaps and bounds in the last 10 years. India’s GDP is increasing at an average of 7%. The labor force will reach more than 160 million in 2020.

There is a strong reason why IT giants like Google and Microsoft are building new R&D centers in India. So, carefully hire dedicated developers that contribute to the growth and development of your company.

Best software development companies in India believe in the ethos of customer satisfaction. India is a well-known technology hub having a home to numerous companies of similar profiles. In this type of competitive scenario, attracting new clients and satisfying them is a huge challenge. Partner with a development company that knows how to take various client friendly measures.

An engagement model is the working pricing model which outlines the interaction with your developers whenever the work progresses. Take help of the top app development companies in India or web development companies are very flexible in this regard. The developers work according to client preferences. And these engagement models help you accomplish tasks within the decided timeline.

There may be a misconception that Indian companies have cost-effective prices so they compromise on quality. Although the pricing is low but not the quality. The highly experienced Indian developers are skilled and consistent learners. They stay updated with the modern procedure, mould their operational ways and aim at delivering intended results.

Hiring Indian developers means having skilled, focused programmers who will deliver whatever you will ask them to. The best thing is-the work is at par with the industry standards.

With 85% of the world outsourcing done from India, it definitely can be your one-stop destination for hiring world-class developers and extract their talent to escalate your business. Just keep the above-mentioned points in mind and you will be good to go.

Want to acquire the skills and expertise of top-notch Indian developers? Wish to stay a step ahead of your competitors? Your Team in India is a dedicated IT augmentation service company which can help you hire world-class Indian developers who work extensively towards making your vision a reality, helping you pave new avenues of success. For any queries, drop us a line at info@yourteaminindia.com. We will reach out to you instantly.