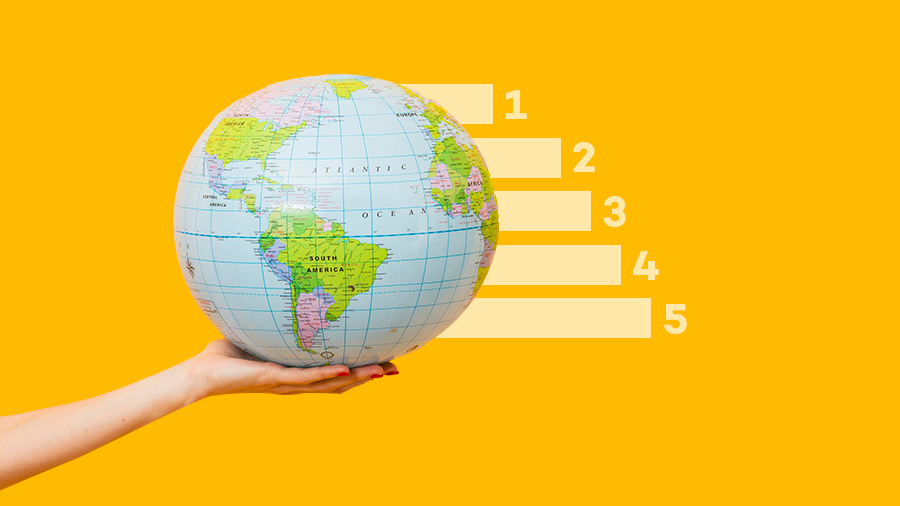 The growing popularity of remote operations in western countries has made offshore development centers a popular choice amongst companies in the US, Canada, UK, Japan, Australia, Newzealand, Middle East, and Europe. As more and more businesses plan to set up an offshore unit for their IT development, they face the same question ‘Where to set up an Offshore Development Center?”

This comprehensive guide will educate you on various factors to consider while assessing a location and the top 5 nations for setting up an ODC.

But before we move further, let us understand a few offshore development terminologies.

Factors to consider while setting up an Offshore Development Center

This is one of the most critical factors to consider before setting up an offshore development center. Though you may start your ODC with a small team, you need to scale your team to meet new demands as your business grows. So, it is vital to choose a nation with a large talent pool to support your future requirements. Pay close attention to the talent pool’s annual growth, i.e., the number of university graduates entering the market every year. Choosing a country with a massive resource pool across technology-stack is critical to the success of ODC. But having is a large pool is just a prerequisite. You would not only scale the team but also need to upgrade to new technologies to stay competitive in the market. So, it is also important to gauge the technological advancement in the nation.

Thus, choosing a nation and an ODC partner that follows the international standard of coding and software development is crucial.

Besides this, having a robust infrastructure is also critical for building a technology-enabled, secure, and agile offshore development center that can deliver high-quality business outcomes at scale.

Today, ODCs are not seen as an extension of your product engineering team but are being considered as the innovation hub for businesses. Thus, selecting a location with skilled resources, technology, and infrastructure for your offshore development center becomes essential.

It goes without saying that good communication skills amongst your offshore team are imperative to the success of your ODC. The project’s quality depends on the offshore team’s ability to comprehend a brief, understand the purpose of the work, and deliver the required output.

English is the universal language of the IT industry globally. It is the language used for communication as well as for software development. So, it is important to gauge English proficiency before setting up an offshore development center.

One of the biggest reasons offshore development centers become popular post-pandemic is their ability to deliver premium-quality work at a much lower cost of operations. Today, most businesses are looking to offshore their IT operations to fast-track digitization, upgrade to new technologies, and build a flexible and resilient business model while saving big.

But an assumption that ODC would help you save big, irrespective of where you set it up would be a big mistake. In fact, offshoring to countries with high cost-of-living like Canada, Germany, Singapore, or Australia, you may end up paying more.

So, to avail the true cost-benefit of an offshore development center, you must choose a location with

Before setting up an offshore development center, it is important to analyze the geopolitical and legal environment.

It is important to understand

Political unrest or sudden war in a country may cause loss of connection with offshore team leading to unexpected downtime and delays in deliveries.

Understanding the work culture and ethics is critical while managing a remote team. Ethics and working cultures are standards or values that are generally based on conscientiousness. Work ethics include preserving social skills being reliable and resourceful wherever needed in a work setting.

While offshoring, it is always advised to look for empathetic teams.

Now that we understand the various factors for choosing an offshore development center location. Let us explore the top 5 destinations that score highly on these criteria. 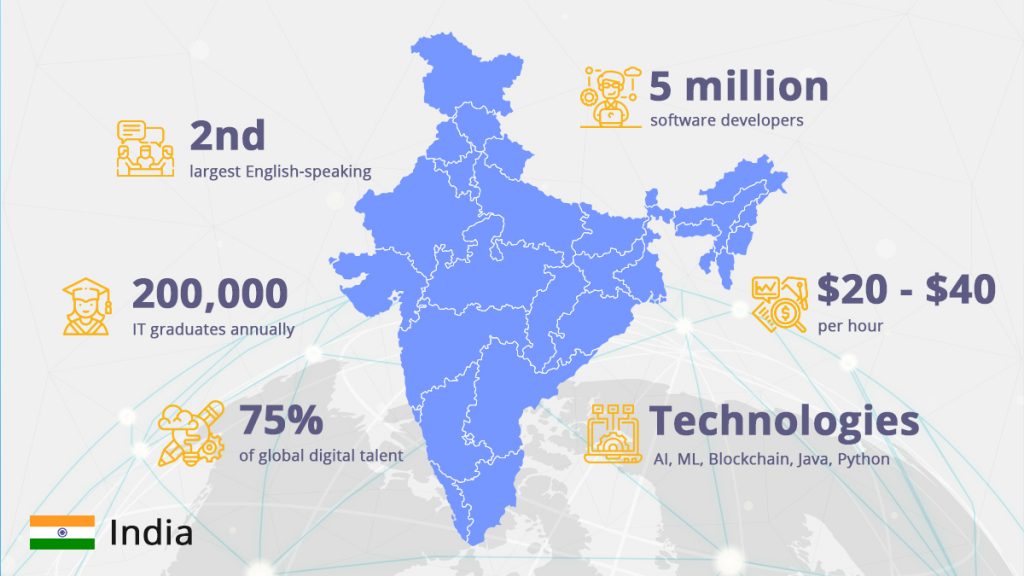 When businesses consider offshoring, India is one of the first destinations that pop into one’s mind.  Over the last two decades, India’s IT sector has accelerated, giving neck-to-neck competition to the US.

Learn why hiring Indian developers is the key to successful offshoring. 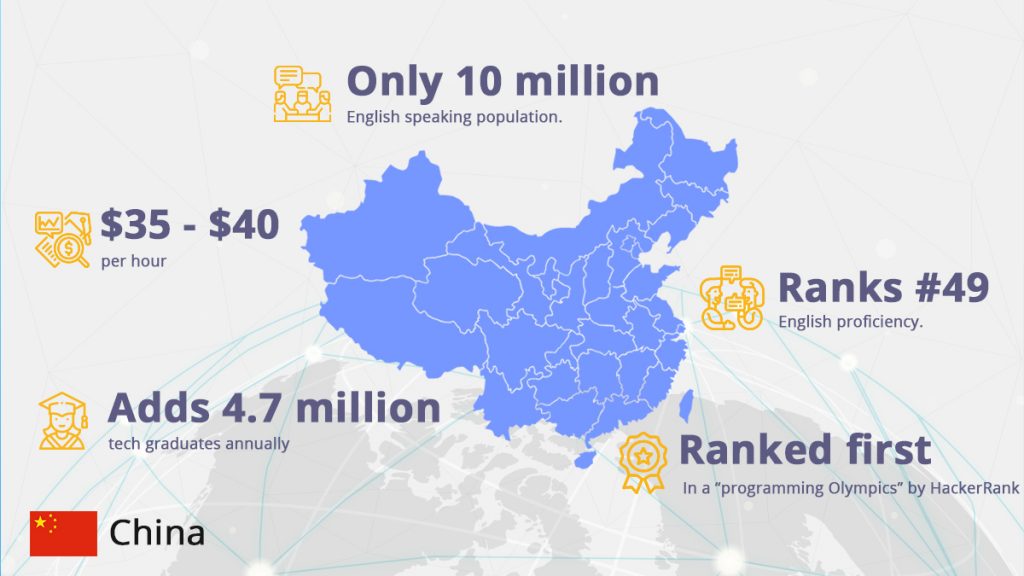 China is another nation that has built a strong name in the offshoring industry. Today, China owns many of the fastest-growing IT companies. 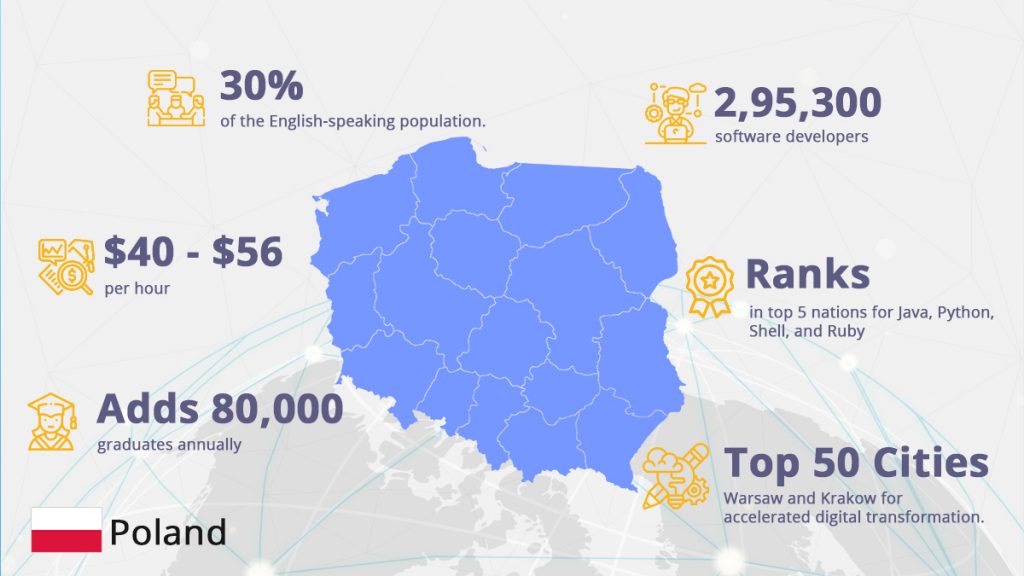 Despite being a small nation, Poland has the third most skilled programmers globally. Poland is the Research and development hub for global companies across industries. 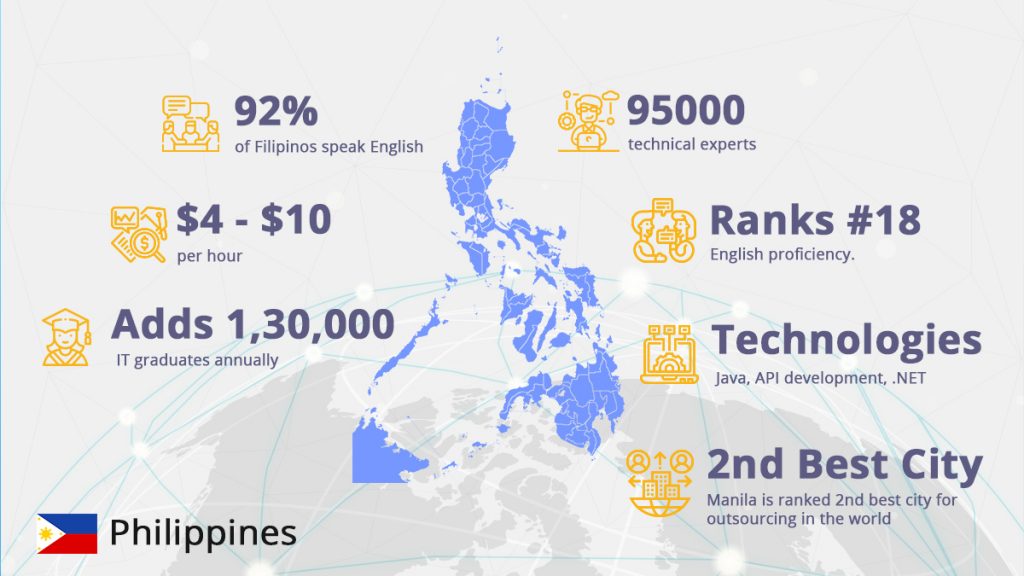 Apart from good command of the English language, Filipinos are known for their hard work and good work ethics. But the country faces turbulent weather conditions and tropical storms that can disrupt operations during summers.

Ukraine is a hotbed for IT outsourcing and ranks amongst the top 15 countries for offshore development. A strong focus on education has helped their tech industry to grow and flourish.

Here is a checklist that will help you choose the right Offshore Development partner.

With YTII’s ODC models, you gain:

Ready to set up an offshore development center in India?  We are here to help! Book a one-on-one session with our expert here. You can also drop us an email at [email protected].