Java vs Python: Which One to Choose for Your Business Application 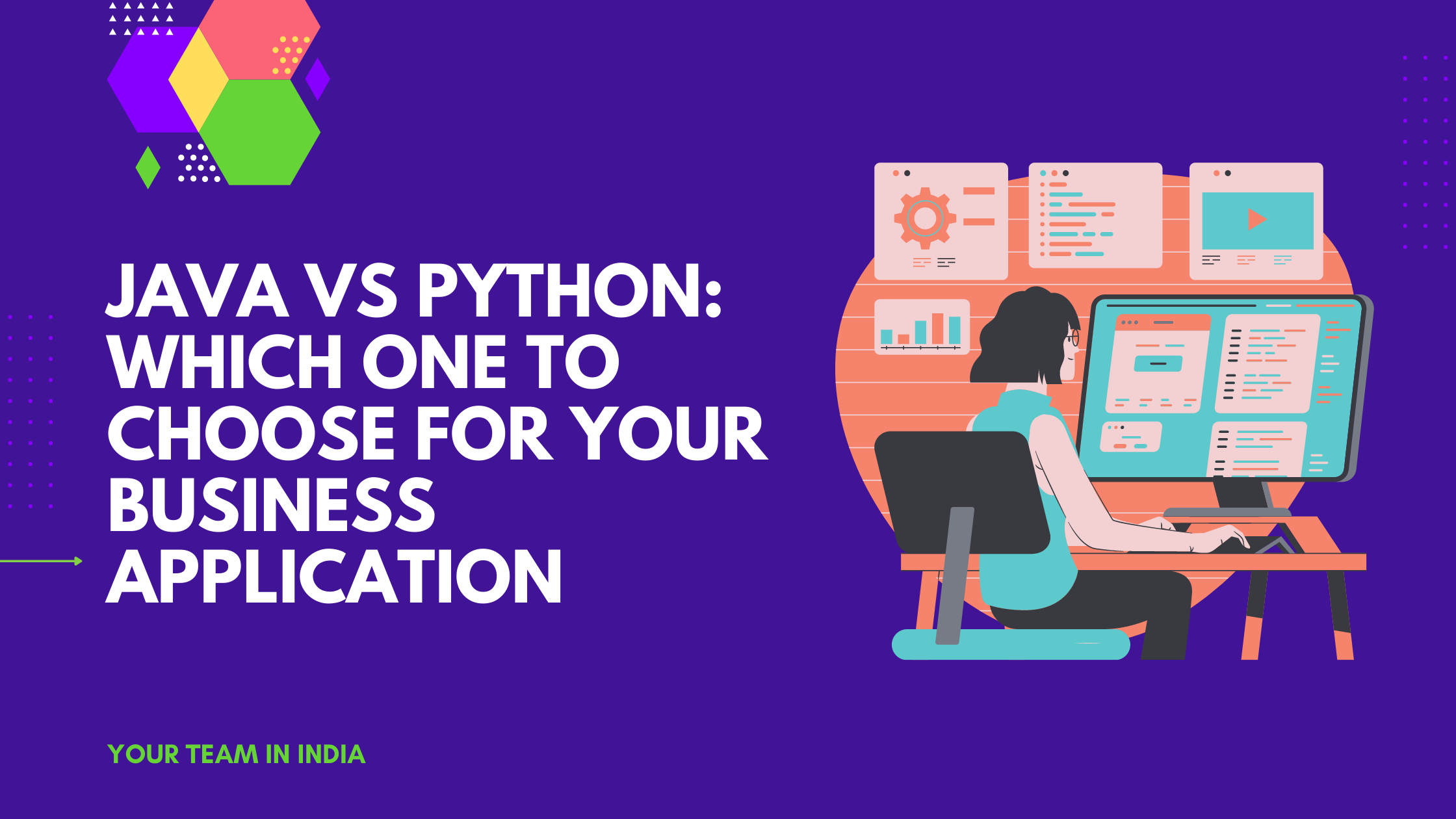 Python and Java are the two most used and popular programming languages in building software products. The very need for both languages is tied directly to the speed required for the deployment of products.

Both programming languages play a critical role in meeting speed and quality standards throughout the software development lifecycle.

But when it comes to choosing between Java vs. Python for your business application, different conflicts tend to come up:

Speed vs. time. Time vs. cost. Cost vs. quality.

This blog post outlines the comparison of Java and Python to help you consider the best programing language that suits your business needs.

Python vs. Java: Pros and Cons

Let’s dive deep into the pros and cons of Java and Python and gain a better understanding of these languages that will contribute to your decision-making process.

Python vs. Java – Which One to Consider for Your Business Application?

When choosing between Java vs. Python to develop your business application, the following are the few differences that you must consider.

Python is highly recommended for the rapid development of applications, and the budget is concerned. On the other hand, Java has the edge when speed is a major concern.

For some tasks, Python is a better option to ensure performance. However, some perform better when written in Java programming language.

For example, Java is better suited for mobile app development and the best-suited programming language for Android. It is a highly preferred language for banking applications where security is a significant concern.

Python is the preferred programming language for applications built and deployed under the MVP model.

So, before you choose to hire Java developers or Python developers, you must be clear about the type of application you need.

Python and Java languages are both preferred by developers, but the use of these languages entirely depends on the project requirements. Before you partner with Java or Python development company, let’s discuss the types of products built on Python and Java.

Python is a core language for web development. Its wide variety of frameworks and content management systems include Flask, Plone CMS, Pyramid, and Django. Python language simplifies the developer’s life.

How fast your application’s loading speed is? App-speed is critical, and for high-scale applications, your programming language plays a vital role throughout the development process.

Additionally, the application performance matters the most when it comes to customer satisfaction to your customers.

Java is a compiled language and comprises Java Virtual Machine. JVM programs written in Java are faster than Python.

If you hire offshore Java developers, you will save on the hourly rate compared to hiring offshore Python developers.

Additionally, Java also enables you to develop the best version of your application. If the application you need is suitable for building on Python, then hiring a Python developer is the more cost-effective option.

For instance, if you are developing an app that requires AI and ML, you should go for Python., However, if you build native apps that require speed and scalability, you should consider Java.

The scale of Projects

Java and Python are both languages used to build small or large-scale applications.

However, developing commercial-grade applications in Java is more accessible as it is a compiled language.

So, before you hire Python developers or Java developers, you should consider the application’s scale.

Today, security is the topmost concern for every business. You can take the example of Facebook and its data breach case study. They have been penalized $5 billion for their security error.

Python is the most secure option compared to Java when it comes to the code. The complicated APIs and a lack of structured docs create more vulnerabilities that lead to security issues with Java.

Let’s have a quick overview of a few famous examples of applications developed in Java.

Netflix – one of the largest US entertainment companies, provides movies and TV shows based on streaming multimedia.

The company builds the back end of most of its applications using Java and Python. Android TV applications are entirely developed in Java, with a small admixture of C++.

Spotify is a popular music streaming audio platform that offers users paid and free listening to over 50 million songs, podcasts, and audiobooks.

It uses Java and Python to implement some functionality of its web application, for example, to log and stabilize data transfer.

And, of course, Java is the leading technology for the Spotify application on Android OS.

Java is the most critical programming language in developing the Uber application, along with Node.js, Python, and Go. Software developers choose Java precisely because it delivers scalability and high performance.

Java also allows us to leverage the benefits in an open-source environment and integrates with external technologies like Hadoop.

And, of course, as in most cases explained earlier, Uber used Java as the primary language to build its mobile application for the Android operating system.

Amazon is one of the vast online e-commerce platforms that uses Java for its web services (AWS). They prefer writing automation scripts in Java. Also, they are well supported and have multiple internal tools, as well as environments to develop helper tools.

Where to Hire Java & Python Developers

Choosing between Python and Java programming languages for your business application depends on the type and scale of the application you need. If you are planning to develop an app that integrates with AI, ML, or data science, hire a Python developer. If you’re going to build a large-scale application that must be fast and scalable, hire a Java developer.

An excellent place to hire highly experienced Python or Java offshore developers is Your team in India. They have a large pool of dedicated and experienced Java and Python developers with extensive experience in multiple domains.

If you are looking for a Python or Java development company, your search ends here! Drop us your requirements at [email protected]

Or get in touch with our team to get help in strategizing your project in the best possible way!

Amit Dua is the Co-Founder of Signity Solutions and Your Team In India. A tech-evangelist, he has an uncanny ability to synergize and build associations, thriving teams, and reputable clients. He has 17+ years of experience in technologies such as Big Data, AI, Business Automation and more.