What Does it Take to Create an App Like TikTok? 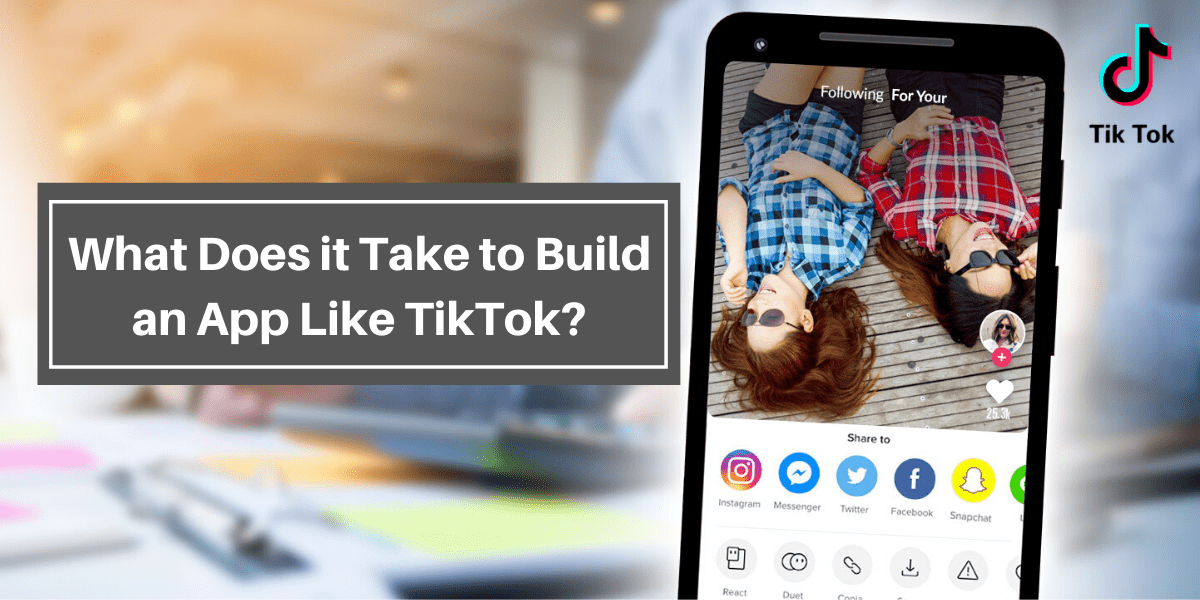 In only two years, TikTok has emerged as a good competitor of Instagram, Snapchat, and Facebook. Having worth more than the US $75 billion, it has over one billion downloads in 150 markets worldwide in 75 languages. 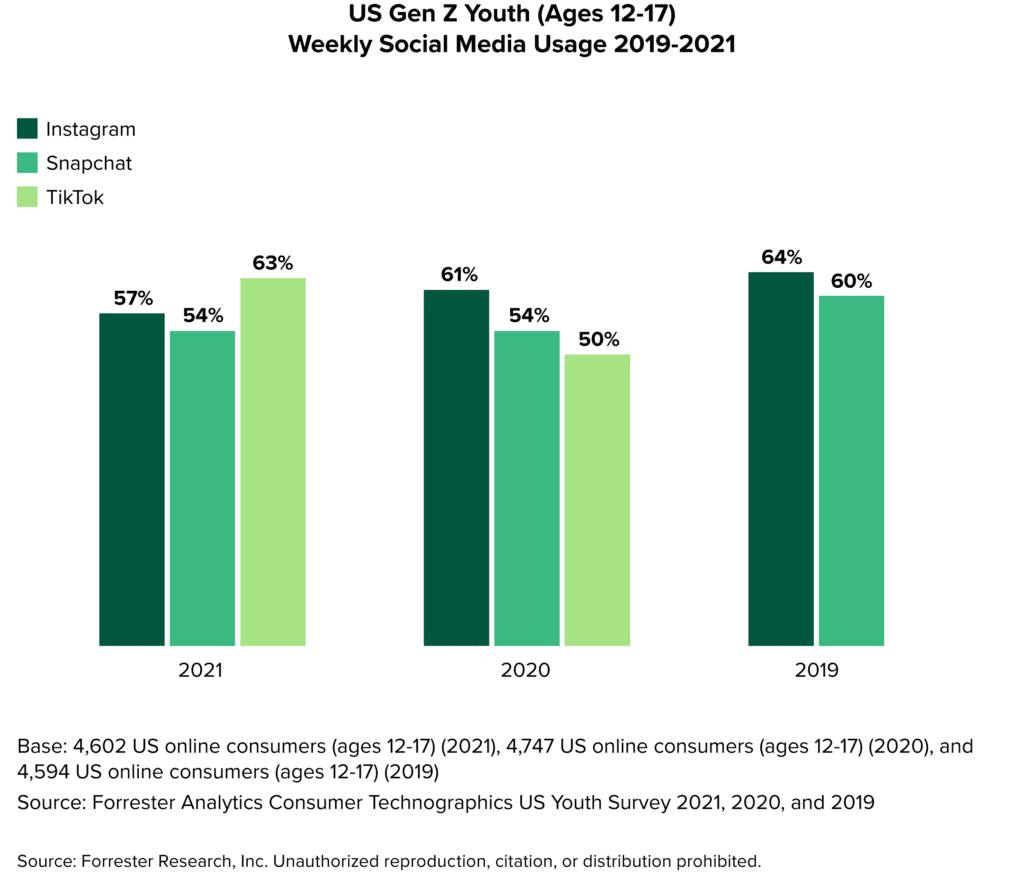 While there is so much raving about video app like TikTok continues to dominate the app marketplace as the most downloaded app.

Zhang Yiming, the app creator, and his company ByteDance introduced 15 second or less video creation app that has put a whole host of editing features at your fingertips. This app was earlier called Musical.ly and later renamed TikTok by the ownership company ByteDance.

This article will give you a comprehensive overview of the app development of TikTok like the app and include:

But before heading into the process, let’s address the most important question “How much will it cost to create an app like Tik Tok?”

Well, it may cost up to $14,000 just to build the clone of the Tik Tok app. And this cost does not include app hosting and other charges. However, if you want to go beyond the basics and introduce new features, this cost may increase by up to $5,000 or more.

As we are now clear about the cost, let’s head towards the process of building a successful app like Tik Tok.

The mobile app developers of TikTok made a smart move by limiting the video duration.

Whenever the app is opened, you are directed straight to the full-screen video that keeps replacing the new 15-second clip from the trending and seamlessly ending feed. This is a unique concept.

Developing a mobile app like TikTok is super simple because of the mobile-oriented editing tools and a large selection of prompting ideas.

Have an idea? Hire developers online and get started today!

Unlike various other social media platforms that target all age groups, TikTok aims at millennials who are always willing to express themselves on social media.

They are the ones more addicted to smartphones and keep checking their phones every now and then.

Tiktok is providing a range of opportunities for its fans and followers to make money. One of them is the live-streaming feature which is visible to only those having more than 1000 followers.

The viewers can purchase and send virtual gifts as a token of appreciation. The gifts received can then be exchanged for cash once the total sum reaches US$100.

Companies like Coca Cola, Guess, and Michael Kors are getting inclined towards Tiktok as it is a powerful social media platform especially to promote their marketing campaigns.

This is how they managed to reach millions of potential customers. For grabbing the attention of more users, the app has also partnered with prominent Instagram influencers. Celebrities like Ariana Grande, Jimmy Fallon, and Khole Kardashian are frequent Tik Tok users.

The first feature your mobile app developer should provide is login or register.

Hire mobile developers who believe in providing simple user-interface to the users. After signing into TikTok, users find all the trending videos.

It is easy to view them one after the other while scrolling on the screen. Follow your loves ones and set the screen in a way that you can see the videos of the ones that you follow.

Cognitive load refers to the total amount of brainpower required to use the app. The brain has a limited amount of processing power.

And when an app gives too much information all at once, it is overwhelming as the user tend to uninstall the app. So, make sure to minimize the cognitive load.

Clutter is the worst enemy of good design. When the interface is cluttered, the users get too much information: buttons images and icons all at once, making the screen look overcrowded.

So, it is recommended to get rid of anything of this type and thereby improving comprehension.

Look for something in the design that will require users’ effort. This is what TikTok is doing very smartly. Take the help of previously entered data and set as default instead of making them retype again.

Chunking helps in connecting two different activities. When the flow is logically connected, it becomes easy for the user to proceed further.

Take the help of a familiar screen that users usually view in an app. Screens like ‘Getting started’ and ‘Search results’ have become the de-facto standards for mobile apps.

There is no need for any additional information because the users are already familiar with the same. This helps the user use the prior experience and get engaged with the app without any learning curve.

Clear communication has to be a top priority. Android & iOs mobile app developers have taken care of this feature and it has made TikTok a massive hit.

Ask your developers to use certain words or phrases that you feel are appropriate.

Consistency is a fundamental design principle. Consistency helps in eliminating confusion. There should be:

You can get an idea from the TikTok app page “For You” as it offers the most relevant content to the user. Tik Tok starts observing the user from the first time the user uses the app and builds the intricate model of what they presumably tend to view.

Hashtag challenges serve as a uniting force for the app community. Challenges give an opportunity to the users to compete with one another in response to a particular topic.

Duets let the user appear on the same screen with any person they want, whether it is a celebrity, their friends or any random person.

If you like someone’s video a lot, there is an option of adding a touch to it by creating your own side-by-side video.

Reactions are quite similar to duets but they help in recording a video while watching a clip. You can change the shape and size of the reaction window and move it across the screen.

What happens to be a bang on by the iOS and Android developers is the in-built music library without using any third-party editor.

There is a long list of filters to choose from, AR effects, editing tools, animations, and stickers. The user chooses the song for lip-syncing, dance or acts with the music before starting the recording.

If you want to capture something right away, the background music can be added later on.

There is no use of coming up with something amazing that cannot be shared. TikTok completely understands this pretty well so it comes with the sharing option.

Technologies Required to Make A Mobile App Like TikTok

For filtering and personalizing the data for the users, Artificial Intelligence has to be used.

The app makes use of AI also to understand and add tags automatically by using the object and image recognition.

If you wish to build an Android device compatible app then take the help of Kotlin and Java.

In the case of iOS development, use Swift or C. For Hybrid apps, Flutter, Xamarim, and React Native are the best options.

Here is the list of the app development team:

Tip: If you think you have to appoint various professionals for the project, it is better to build an offshore development center.

The cost of development for an app like TikTok will be approximately $30, 000-$4000. The cost of building the app depends on the developers hired, the mobile app development team and the country from where you are getting it built.

It is recommended to get the app outsourced as there are experienced experts who know, what will make the app popular and they will thereby incorporate the features to make it a hit.

Moreover, the building cost of the app depends on several factors like the platform used, storage, complexity, design, resources, features and more.

Also, one of the easiest ways to know the approximated cost is by using an ‘outsourcing calculator’. Get a quote or consultation where you will also know how many hours will it require to build the app.

To make your app more likable, it is important that you create a buyer persona.

How to Make Money with an App like TikTok?

When your mobile app developer understands your potential users, you have to choose the business model. Here are the monetization strategies:

1. Fundraising: At the initial stage, it is important to attract investors for funding. Even for TikTok, fundraising is one of the premium models.

2. In-app purchases: TikTok allows the user to support live broadcasters with coins and purchase real money. The coins are then exchanged for gifts that the user can easily bestow on others during the live stream. Coins are available from 100-10000, from 99cents to $99.99.

As per the Sensor Tower data, the 100 coin bundle is the most popular among the users which are followed by the 500 coin bundle which is priced at $4.99. The same monetization strategy you can use for your app.

3. Advertising: There is a good option for app monetization inclusive of different types of in-app advertising:

4. Cost per Click: Advertisers pay every time the app user engages with the addition that comes between the app.

5. Cost per Mile: The advertiser is charging every 1000 impressions by the app owner.

The development of social video application is a complex process so it is better to create an MVP first. With the Minimum Viable Product Launch, it is important to gather feedback from the users and consider improvisation.

With over 561 million daily app downloads, the app marketplace is dominating the industry. Improve the marketplace ranking of your app by optimizing it with the app store optimization options:

In order to boost the app user acquisition, you can funnel traffic from organic channels from different websites to social media platforms to the app store page.

For that, take the help of:

Social media apps are becoming very popular among the masses. You can utilize some of the TikTok mechanics for your mobile app in order to make it profitable.

However, you can turn your business idea into an app by relying on a dedicated mobile development team defining your project goals, functional and non-functional requirements.

Rather than making a similar app like TikTok, come up with something different than the users will like. The main reason is the app is already so popular across the globe that it is difficult to compete with it.