Google Flutter: What Makes it a Competitive Advantage for CTOs? 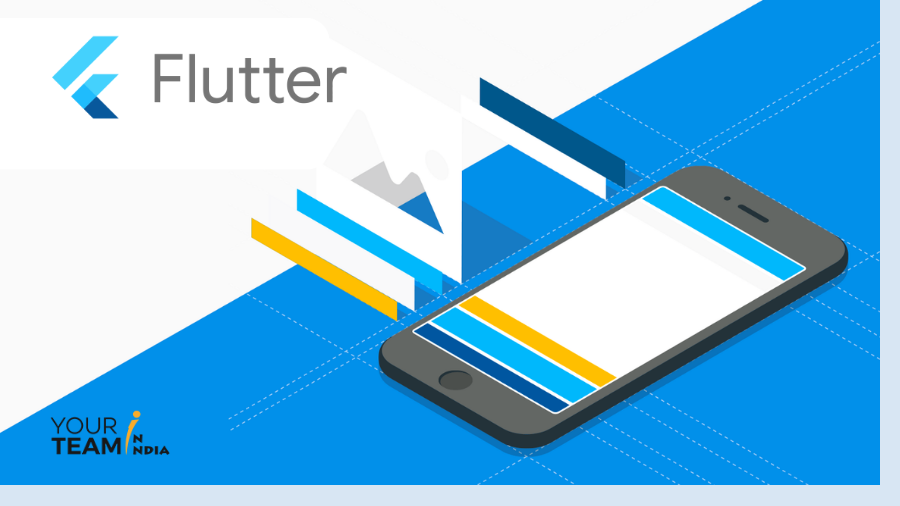 Mobile applications have become a key driver and enabler of business transformation in a digital ecosystem. They’re constantly looking and evaluating technologies to deliver unique digital experiences, regardless of their mobile gadget or operating system. Organizations that fail to provide a seamless experience with their product or service, irrespective of device or channel, risk significantly lacking behind their competitors.

The primary challenge is that cross-platform development is complex. In several cases, despite best efforts, the user experience lags behind that of genuinely native apps.

Google Flutter: What Makes it a Competitive Advantage for CTOs

Five key reasons why Flutter is such a big deal and why CTOs should start paying attention to it.

When you create a mobile app to build an innovative brand and reach potential customers, you have a big decision: whether to go native or cross-platform. You want to reach people on both platforms if your product doesn’t have a specific target group that only uses Android or iOS.

Creating a cross-platform approach has long been the desire of tech experts who are tired of creating multiple versions of the same product. With Flutter, you can use a “code once” approach and develop a robust “native” experience.

Flutter makes cross-platform development easier. Instead of creating separate code for each platform, developers can leverage the benefit of a single codebase.

However, code portability is not the only benefit flutters offer for cross-platform development. Unlike other cross-platform frameworks such as React Native and Xamarin, Flutter-built user interfaces (UI) are also platform-agnostic because its Skia rendering engine does not need any platform-specific UI components.

This optimized productivity is a result of “hot reloads.” This means developers can quickly see the effect of the change. There’s no need to recompile — you can witness the changes immediately after saving it. For developers, this is easy to grasp — there is a very thin learning curve implicated in using the “hot reload,” but the benefits are substantial.

Hot reload lets developers notice the effect of changes in real-time without changing the current state of the application. As a result, developers can immediately test features and versions and resolve bugs. As a result, getting initial applications and market updates takes less time.  Flutter is thus optimal for creating and releasing MVP applications.

Because of its efficiencies, Flutter is a perfect choice for startups with limited funds. For example, a startup may have already invested at least $75 an hour on a web designer and will look at equal or higher costs for application developers. Flutter offers an effective development tool for businesses with budget constraints by reducing development time and lowering time to market.

3. Deliver a Powerful Design Experience Out of the Box

Due to Flutter and Google’s Material Design collaboration, it’s easy to develop robust and excellent UI experiences right out of the box. It helps build the smooth, seamless experience you usually only witness with native applications. Flutter incorporates customizable widgets for iOS, giving you a native application experience.

For mobile apps to succeed, you must have intuitive, well-designed, attractive, and functional user interfaces. And Flutter offers in creating an outstanding user experience.

4. For Startups, Using Firebase as the Backend is Highly Attractive

Firebase is the backend offered by Google. In simple terms, it offers out-of-the-box support for cloud storage, cloud functions, hosting, authentication, real-time databases, and much more. Your infrastructure is directly server less, redundant, and scalable. You don’t need to invest resources and time into building the backend. It’s also easy to integrate it with a tool for automating your development and release process, such as Fastlane, thus letting your team achieve continuous delivery.

Simply put, your enterprise infrastructure switch to server-less and highly scalable. There is no need to put effort and time into additional resources for building a backend model. Above all, you also get the chance to incorporate an automating tool for the development and release process. It provides continuous delivery for the development team.

Is Flutter Popular in Industry?

According to the 2021 developer survey, Flutter is a globally renowned and demanding cross-platform mobile framework. Around 42 per cent of software developers recommend this framework and use it.

Furthermore, a 2020 Google report states that Flutter apps rose from 50,000 to 90,000 in the play store in April 2020. These figures show the increasing demand and usage of Flutter app development.

Simply put, Flutter is an ideal solution for building cross-platform apps. And thus, enterprises can hire Flutter developers to develop cost-effective apps while investing less time and effort, lowering the risks and errors of UI and security concerns.

Flutter – UI Software Development Toolkit for creating cross-platform solutions – is popular in the industry for its widgets and other valuable components. Globally, there are currently more than seven billion smartphone subscriptions.

In addition, between the Apple App Store and Google Play Store, about five million mobile applications are available for download. Although the mobile application market is rapidly becoming competitive, this is where many startups and innovators focus their efforts.

So it is evident that mobile app developers are constantly looking for easier, faster, and cheaper ways to get their products to market. Adequate development tools play an effective role in that process. Programming languages, app frameworks, and software development kits are the tools developers employ to determine how quickly they can deliver a product to the market for consumers.

Let’s look at Flutter’s tumultuous rise in popularity and the features that make it so promising for developers. 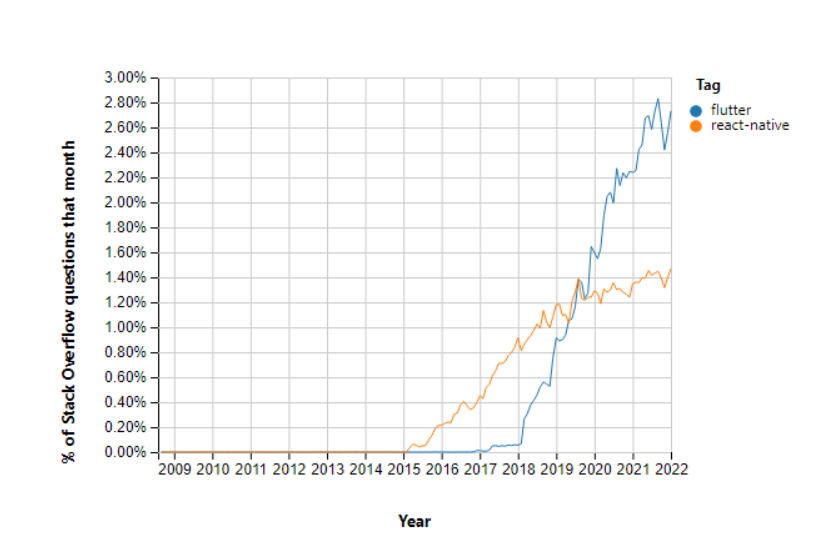 How Are Big Brands Making Use of Google Flutter to Improve Their Business?

There are a lot of apps built using Flutter on the market. Let’s dive right into some of the most famous apps made with Flutter:

Anyone who uses social media must know what Google Ads are. You might not have used the app personally, but the algorithm suggested an ad for you here and there. Google developed their mobile Google Ads app using Flutter. The app is an ideal example of an app that performs seamlessly and satisfies end-users. As the pure market player in a technology ecosystem, Google fully leveraged Flutter’s potential and built a handy tool for marketers.

Google used its design system for Android and the comprehensive components of iOS to make the mobile app more native-like. Simply put, the Google Ads mobile app is excellent in design and performance and is one of the flagship apps featured by Flutter on its website.

Regarding the eCommerce market, Alibaba doesn’t need any introduction. It’s one of the world’s leading eCommerce websites, and they chose to build their mobile app using Flutter. Alibaba chose Flutter technology because of its intuitive development and design features, as well as how easy it is to use for developers.

Alibaba required a technology that delivers an excellent performance as well because it is used by numerous users daily. In addition, they need to handle multiple transactions across multiple platforms in real-time, so the Flutter framework is a great choice. However, if the Alibaba team picked React Native instead, they might have encountered some performance issues with the number of users they reached.

Hamilton decided to create their app on the Flutter framework to get Broadway musical lovers to the most important events. The Flutter app allows users to access videos, tour programs, news, and purchase Broadway musical merchandise. In the mobile app, consumers can also participate in new Hamilton contests and lotteries and be the first to get information about new events.

Hamilton chose Flutter for Android and iOS separately to develop the app faster for multiple platforms. The Hamilton app also provides advanced features like Karaoke, allowing users to sing along to their favorite songs. In addition, Hamilton has created an excellent experience for its users and makes it easy to keep up with the music world.

What are the Types of Engagement Models to Hire Flutter Developers?

Depending on the project requirements, you can hire a remote team, freelance developers, or an in-house team.

A dedicated remote team has become the latest trend after the pandemic and will continue to grow globally. Offshoring a remote team works well for businesses of all sizes.

Consider developing your on-site development team if you have your software development company or are preparing to undertake a large project that requires regular upgrades and full-time post-development maintenance.

If a project is somewhat small and you wish to complete it within a short time, hire freelance Flutter developers.

How to Hire the Best Flutter Developers?

So, once you’ve settled on the engagement model, offshoring platform, and Flutter developer’s responsibilities, evaluate how to assess their abilities. Here are some best practices to help you conduct a successful recruitment.