Everything You Need To Know About Nodejs!

Do you know what Walmart, Netflix, Mozilla, GoDaddy, and Microsoft have in common? Think, Think, Think!

Fail to connect the common ground among these giants? Well, let us clear the confusion – All these tech giants are using Nodejs development to offer the real-time experience to their users. Today, many web development companies have moved to a uniform web language with Node.js that leading the way.

Before we discuss why top companies are choosing Nodejs, let’s understand what is Nodejs!

A Brief About Nodejs:

Node.js is a cross-platform & open-source JavaScript run-time environment that executes JavaScript code outside of a browser. Also, it allows the Node js developers to create web servers & networking tools using JavaScript and a collection of modules that handle various core functionalities.

This programming language came into the existence with the idea of extending the use of JavaScript in the web browser. Unlike PHP & Ruby on Rails, Node.js has a non-blocking event-driven I/O model, which makes it an excellent choice to build robust & scalable applications. Read our other blog to check the comparison of Nodejs vs PHP.

How Did it all Start? The Origin of Nodejs:

His urge compelled him to create a Node.js project that he demonstrated at the inaugural European JSConf on 8th November 2009. The smart utilization of Google’s V8 JavaScript engine, event loop and low-level I/O API in the project managed to win millions of hearts.

In June 2011, Microsoft and Joyent together implemented a native Windows version of Node.js. The first version was released in July 2011.

In January 2012, Dahl stepped aside & promoted the co-worker and npm creator “Isaac Schlueter” to manage the project.

How Does it Work?

Wait, there is more to add!

Node.js embraces flexibility with features like cluster module enabling load balancing over various CPU cores. Besides, the use of robust tools like PM2 process manager makes it simpler to monitor, optimize and deploy Node applications.

Getting Better Each Passing Day

Node.js is improving for the better each passing day. It keeps launching new releases while enhancing the standard of the codes/features. Moreover, with the support of an open source community, this technology will be nourishing in the near future. 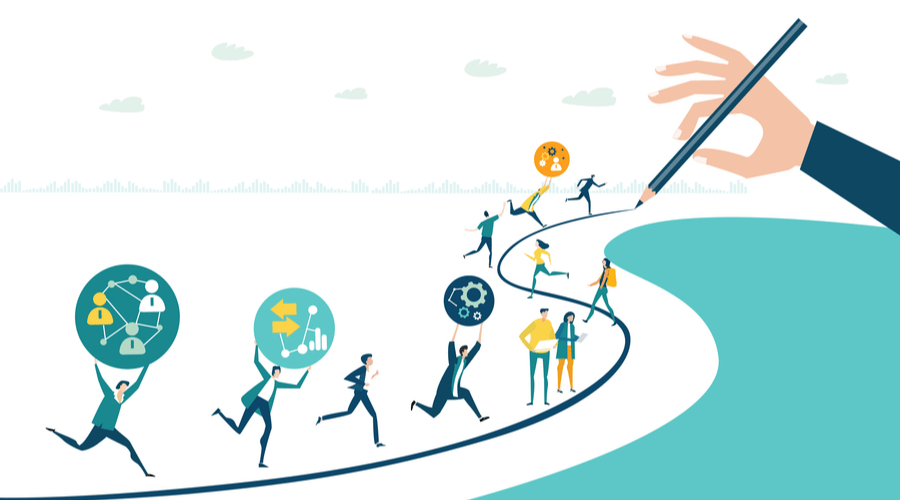 Having more than a million downloads, Node.js thrives to build real-time applications, Internet of Things and microservices. It is becoming popular than any other technology and is ranking in the topmost in-demand developer skills.

The Benefits of Nodejs Development Includes:

Why are Companies Switching to Nodejs Development?

Node.js has managed to grab the developer’s attention ever since its release. Being open-source & cross-platform solution, Nodejs becomes an exceptional choice for real-time applications.

Ramin Beheshti – The Chief Product officer and Technology officer at Dow Jones, who is also the owner firm of Wall Street Journal says “The simple truth is Node has reinvented the way we create websites. Developers build critical functionality in days, not weeks.”

What Do You Think is the Future of Nodejs?

JavaScript is omnipresent in both the browser and server & the credit goes to Node.js for making everything possible. It has always been stable having backward compatibility across most of its versions.

Node.js has already proved its worth in the Internet of Things. Furthermore, this technology will remain best for the development of web-based & mobile-base backend system. It simply states that the future of Node.js is bright & this programming language is here to stay!

Need help setting up a dedicated team of Node.js developers in India? Connect with us our business head now and get a free consultation.